How Poker Download Venues Adjust to New Reality in Germany 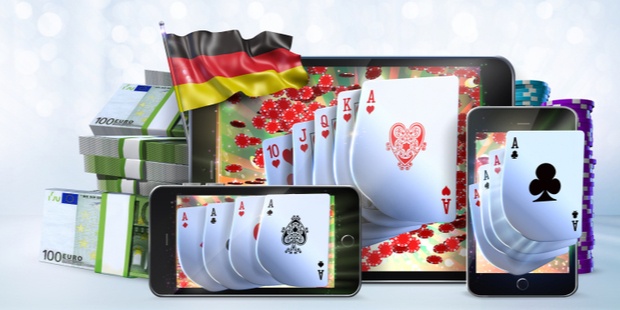 While the legal status of download poker has changes in numerous US states, a major European country is striving to revise its gambling laws as well.

Online poker, and other forms of gambling, are quite popular in the Western European country, as the market produced revenue of €2.2bn in 2019. Moreover, experts predict that by 2024, the industry will be worth over €3.3bn.

But while the online gambling market has been flourishing, the legislation around it has been rather hectic. What did the law say about gambling so far? And how will things change in the upcoming year? Let's take a look at what German poker pros will face in the near future.

Up until 2008, Germany didn't have an organized legal framework when it came to online betting, which led to a lack of supervision in local gambling venues. But when the State Treaty on Gambling was introduced, all 16 German states agreed to adhere to the federal licensing system.

That was the status quo for a few years, up until 2011 when the treaty's time limit has expired. That is when a few German states chose to offer their own licensing systems. Their move led to some confusion amongst players, as the gambling laws weren't always clear.

That is why officials wanted to solve this issue and abolish state-based gambling. The goal was to create a uniform, national system that will create a clear-cut rulebook for local casinos. Finally, in mid-2020, representatives from all 16 states set down together and came up with an amendment to the State Treaty on Gambling that pleased all the involved parties.

A lot of new changes will be implemented in German gambling venues, including the following:

The idea behind the regulations is to protect the players and minimize the harmful effects of online gambling. However, not everyone is happy with the new rules. Since players will have limited options when it comes to multi-tabling and depositing cash, poker players might have fewer opportunities to make a profit.

The new regulations went public on September 30th, only two weeks before they came into effect on October 15th. In addition to that, local operators will still have time to adjust to those rules, as the industry is in a transitional phase.

At this moment in time, the government is going to give operators some leeway with a semi-tolerant policy. The new changes will be written into law in July 2021, so casinos have about nine months to prepare and get used to the new state of affairs.

Online poker operators in Germany are working furiously to follow the new rules, which were thrust upon them on such short notice. While some operators announced they are temporarily suspending services while making the required changes, others keep their doors open.

But even venues that still accept poker players just like usual are informing players of upcoming changes and begin to implement the regulations slowly but surely.