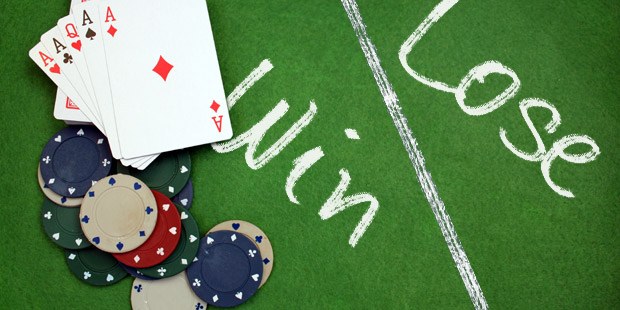 The human brain is a fascinating thing. When the time comes to assess whether we are good at a particular skill or not, most people will go down one of two roads: either we will underestimate our abilities, or overestimate them.

Poker players seem to relate more often to the latter option. They might use poker download apps or attend real-life poker tournaments to gamble, but their behavioral patterns remain the same.

Earlier this month, Ryan Laplante, a veteran poker player who has earned more than $2.1 million throughout his career, posted a poll on Twitter, asking his followers about their expectations of winning while playing at a tournament.

According to the results, 32% of the voters believe they will bust before the money, while 17% claim they will make the money. But the most interesting thing is that 25% have complete faith in their ability to run deep and 26% are confident they will have a seat at the final table.

That shows that 68% of poker players, no matter how inexperienced they are, don't have any doubt in their skills and abilities to win at poker tournaments.

But even if the voters are as good as they think they are, they can't all win tournaments. It is statistically impossible! That serves to show that many of those players aren't able to estimate their abilities properly. So why are poker players so overconfident? And why is that important?

The behavior of those poker players can be explained by an interesting term from the social psychology field: Illusory Superiority –a cognitive bias that leads a person to overestimate his abilities.

According to experts, there are various plausible explanations for that sort of behavior, including egocentrism and a lack of competence that doesn’t allow the person to judge the situation objectively.

But it doesn’t matter what causes Illusory Superiority, as the result stays the same. Whether the players play at online poker casinos or real-life tournaments, most of them will probably sabotage their chances of becoming pro players by overestimating their skills.

Players often tend to forget that although poker is a game that requires a substantial amount of skill, you can’t escape the element of luck involved in the game. The players who don’t believe they can fail will have to deal with the harsh reality that their skills might not be enough to win the game. In turn, it can lead to grand disappointment, and on occasion - reckless behavior.

Successful poker players manage to win because they appreciate their skills, but they don’t take their capabilities for granted. They are aware of the possibility they’ll lose at some point, as there are plenty of sharp poker players who can beat them.

With this knowledge in mind, they will be more equipped to deal with disappointments, therefore, able to push through the bad times and wait patiently for a win.

Do you think you have a chance to win when playing poker online? You most certainly do, but be careful! You should never underestimate your abilities, but overconfidence can set you back when you try to go pro.

To become a better poker player, you should keep your cool and stay level-headed at all times, and even if you hit an obstacle or two – don’t give up! Your time will come.