Biden vs. Trump and How They Affect Your Ability to Play Poker Online 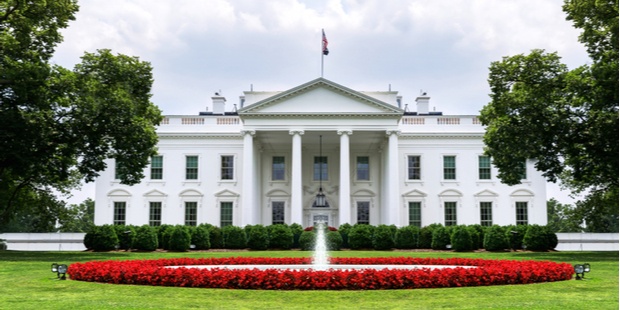 It's official: America now has a new president, and the turbulent year can finally come to a somewhat peaceful close. But even though the elections are over and done with, we won't soon forget the heated debates surrounding both Biden and Trump – especially the ones concerning those who play poker online.

For months, we've watched the two politicians debate important subjects like healthcare, immigration, ecology, and more. But even though they haven't addressed the issue of online gambling directly, reading between the lines will give you enough information about the subject.

Will offline and online casinos changed under Biden's rule? What could have happened if Trump remained in the White House? Let's find out what those two presidential candidates can bring to the poker tables.

What Could Have Been

A lot of people wonder how Trump could have influenced the industry further if he remained the president. To answer that question, we need to take a look at Trump's gambling-related past. Back in 1995, Trump founded the Trump Entertainment Resorts, Inc. That means that he owned various gambling venues for more than a decade. That lasted till 2014 when the company filed for bankruptcy for the third time.

At first, people hoped that Trump's history would lead him to support the legalization process of online gambling across all states. However, under Trump's administration, the US Department of Justice published a revised opinion on the Wire Act.

In early 2019, they said that the prohibitions apply to non-sports gambling styles - like online poker. That served to slow down the legalization process of online gambling in the US, which set the industry back.

If Trump was reelected, what kind of laws and regulations would he have passed? If we take his past actions into account, it seems as if the online poker industry would have suffered under his reign.

While Biden didn't release an official statement regarding his stance on online poker, we have reasons to believe he might be a supporter of online gambling.

First of all, we should note that Biden was VP during Obama's presidency, which is when the first revision of the Wire Act was released. According to the revisions, online poker fell outside the law's scope, allowing gambling venues to acquire legal status.

However, his passive involvement in the matter back in 2011 doesn't mean he will directly support the issue today. But recent comments Biden has made still leave some room for hope.

During his visits to Las Vegas, Biden said: "… doesn't support adding unnecessary restrictions to the gaming industry…", which was soon followed by a quote in a poker magazine:"… I would reverse the White House opinion that was then reversed and overruled by the court. The court is correct. That should be the prevailing position…"

So, even if Biden won't do much other than revise the meaning of the Wire Act yet again, he will still be of much help to the poker industry.

Both Obama and Trump influenced online casinos with their revisions to the Wire Act. Hopefully, this election will bring some good news to the poker community, but only time will tell what the next four years will bring!