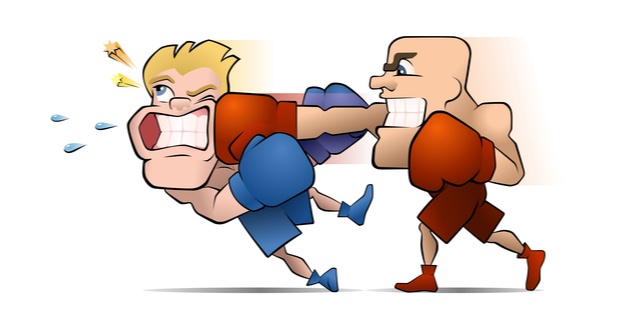 On November 4th, the most anticipated poker grudge match of the year began. Daniel Negreanu and Doug Polk started the intense battle with Negreanu in the lead, but things have changed a lot since the first game.

The two opponents met face to face on several occasions, but many sessions were conducted virtually as Polk and Negreanu chose to play poker online.

After debating and negotiating the match terms for a long while, the rivals agreed to play two No-Limit Hold'em games – simultaneously.

The goal was to reach a total of 25,000 hands, but they agreed that the losing player will be able to quit after 12,500 hands only. So far, Polk and Negreanu had 19 meets, during which a lot of action took place.

What has happened since the last grudge match update? Who looks like the most likely winner at this moment in time? Let's take a look at the latest games in this exciting saga and try to answer these questions!

From the first game that started this battle of wit and skill, it was clear both players were in it to win it. At first, the two seemed to be evenly matched, as they both won some and lost some.

For the first eight sessions, neither of the players showed clear dominance and superiority at the poker tables. But since the 9th game the poker pros have played, Doug Polk entered a winning streak which put him in the lead.

After four intense sessions, Doug was $596,197 ahead of Negreanu. And even though Daniel won the 13th-15th games, he only managed to reduce the deficit by a small bit. Soon after that, Polk made a spectacular comeback, increasing his wins by $160,000 in the 16th session, making the possibility of catching up with him even harder.

It seems as if at this stage, Polk gained even more confidence, which helped him book some major wins in the 17th and 18th sessions. In two, action-packed poker games, Doug won $276,713, resulting in an overall lead of more than $950,000.

At this point, Negreanu's situation seemed pretty dire, but he wasn't about to give up. On December 12th, the two played their 19th session, and Kid Poker's optimism paid off – big time. In a wild session filled with exciting bluffs and great hands, Negreanu managed to get $143,642 back.

The next session is scheduled for December 21st, and as the two players are getting near the midway point of the match, people speculate whether Negreanu will have to cut his losses sooner than anticipated.

As we've mentioned before, the poker pros agreed that once they play 12,500 hands, the losing party will be able to quit. But will Negreanu still be the underdog at this stage of the match? And if so, will he play it safe or try to complete the challenge no matter what?

There is nothing more invigorating than watching an unpredictable poker match, especially when such strong players are involved. What will be the end result of this grudge match?