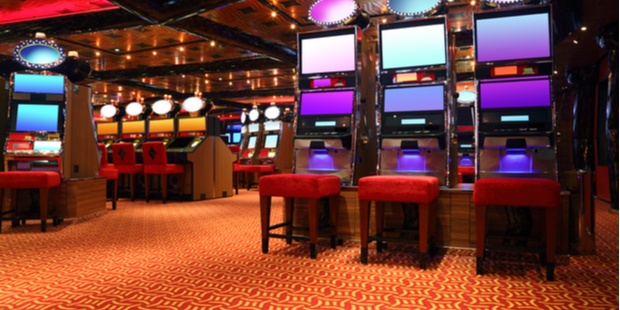 Good news: multiple companies are ready to release COVID-19 vaccines, raising hope in the hearts of millions of people around the globe. At the same time, restrictions are lifting. Therefore, some aspects of life are getting back to the new normal, and that includes the gambling industry.

As more and more land-based casinos in the US open their doors, some players try to get back to live poker instead of playing poker online. But is that a good idea? Are players ready to get back to the casino tables? Let's take a look at recent events that might answer these questions.

Earlier this month, a poker dealer got into a physical altercation with a player in a Vegas poker room. A short video circulating on social media showed how the two fought, but it still remains unclear who instigated the incident.

In the video, the player is seen trying to pick up a chair to throw at the dealer, while the latter tries to chase the aggressive player, with a clear intent to punch him. However, others quickly get involved to separate the involved parties, allowing the situation to calm down rather quickly.

Since the incident, a GoFundMe page was created to support the poker dealer, raising more than $5,000 in a matter of days. On the page, people claimed that the dealer, who is a prominent figure at the casino, was only defending himself.

The actress turned high-stakes poker player, Farah Galfond, also sided with the casino employee, stating that beer was thrown at him and that he was blatantly attacked. Even if it's true, the dealer might still lose his license.

Over the past few months, COVID regulations have been changing constantly as the number of active cases in Nevada fluctuated. At first, non-essential businesses were allowed to reach 50% occupancy rates. That included restaurants, bars, and gambling rooms.

However, in November, the number of COVID patients in the state reached new heights, with more than 2,000 new cases being discovered daily. That led the governor, Steve Sisolak, to issue new restrictions. Now, those establishments must lower their occupancy to 25% of their full capacity. Unfortunately, the plan is to stick to this restriction at least until mid-January.

Governor Sisolak stated that if the number of COVID cases won't go down by next month, he might consider tightening the existing restrictions. That can deal a fatal blow to the gaming industry in Nevada, as casinos already suffered major losses during the first stages of quarantine.

Many states try to think out of the box when it comes to dealing with the fast-spreading virus, some with greater success rates than others. In North Carolina, Gov. Roy Cooper issued new regulations on December 11, stating that businesses have to remain closed between 10 PM and 5 AM. Ideally, that will reduce infection rates, as people won't get exposed to potential virus carriers as much.

The newly issued order affects mainly casinos, restaurants, and entertainment venues, as the majority of players prefer to frequent those establishments during late hours. While most venues try to keep up with the new regulations, not everyone is prepared to lose more business.

"After considerable research and consideration, the Eastern Band of Cherokee Indians will not be adopting the measures included in the newest Executive Order issued by Governor Roy Cooper."

North Carolina is experiencing another outburst of COVID cases within its borders, which might lead to further tightening of restrictions. While the Cherokee casinos are open for now, state officials will probably step in if the situation worsens.

Even though many land-based casinos restored operations in recent months, it seems as if online poker venues remain the safest gambling option. Will the coveted vaccines solve existing issues? Only time will tell.