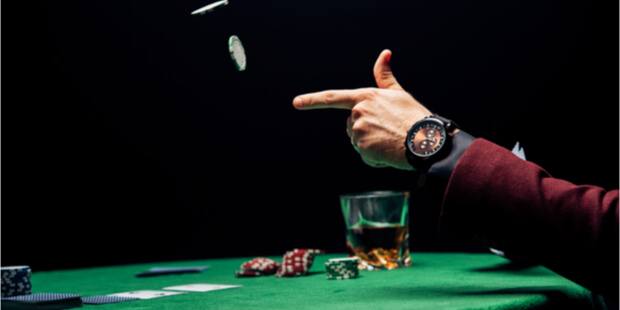 Michigan joined the online poker frenzy fairly recently, and in no time at all – it managed to attract the attention of the masses. In the span of one month, Michigan has generated more online poker revenues than many other US states – which many consider that occurrence a straight flush win.

How popular has online poker been in the Great Lake State? And how will it affect the industry in the long term? Stay tuned to Everygame Poker to find out more about the rising popularity of online gambling in America.

All You Need to Know About Poker in Michigan

The legal status of online poker has been established in multiple US states over the years. However, none of them have shown as much potential as Michigan.

Online casino venues often measure their success by counting the number of players they attract on a weekly basis. Surprisingly enough, Michigan online poker rooms attract an average of 500 players, which places the Wolverine State in 1st place across the US.

In the second place, we have Pennsylvania poker venues, which attract an average of 400 players per week. At this moment in time, New Jersey only gets 100-130 players during the same time frame, and the combined WSOP players pool in NJ, Nevada, and Delaware manage to lure in an average of 240 players every seven days.

Since there is only one online poker operator providing gambling services in Michigan at this moment in time, it gets all the traffic. But soon enough, new competitors will enter the market, as multiple software providers are working on getting the appropriate licenses for that.

That means that in a few short months, more tournaments - and bigger prizes - will become available to local players. Therefore, experts don't anticipate the excitement in Michigan will die down anytime soon.

Shared Liquidity in the US

So far, three states already showed interest in sharing their pool of players to generate more revenues: Nevada, Delaware, and New Jersey. However, their success has been limited so far.

But now that Michigan has joined the party, the future of shared liquidity seems that much brighter. If Michigan, which is the 10th most populated state in America (with more than 10 million residents), decides to join the three states in the effort to increase revenue – the results are bound to be mind-blowing.

Pennsylvania, on the other hand, has shown some resistance to the idea of joining this poker pact. But if this major state will come to its senses, it can add even more to the combined revenues. Since the population in the Keystone State reaches almost 13 million, it has the potential to bring a lot of money to the market if it joins forces with other states.

As we've already mentioned, New Jersey is the least successful state when it comes to online poker. However, that doesn't mean the state hasn't seen a lot of growth over the past few months.

According to statistics, the state has seen a 50% growth in revenues this January when compared to the same month in 2020. However, the numbers have been declining ever since the summer ended, and it is still unclear whether online poker in New Jersey will lose its momentum or not.

Even though Michigan has only joined the online gambling market less than a month ago, it is already making headlines. Will it still attract the same kind of attention in months to come? We'll have to wait and see!