Will COVID-19 Vaccines Affect the Best Poker Sites in the World? 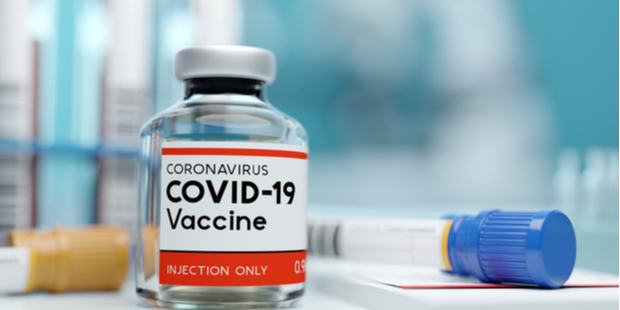 After a long waiting period, many countries around the world began to roll out vaccines. The uncertainty and chaos that accompanied us throughout this year are now replaced with a sense of hope – especially when it comes to gambling.

While poker players have been able to place bets at the best poker sites, many still dream of visiting land-based casinos without limitations. But when will that happen? Will the vaccine help us get life back on track? Let's take a look at some recent data and what experts have to say.

By the end of March 2021, more than 102 million people around the globe were fully vaccinated against the fast-spreading virus. Also, even a bigger part of the population got the first vaccine shot. They are now awaiting their second dose, all hoping we will reach herd immunity sooner rather than later.

But even though the number of people who got vaccinated is constantly on the rise, there is still a long way to go before the majority of the population will get both vaccine doses. Percentage-wise, Israel is in the lead when it comes to vaccinations, with 54.5% of citizens fully vaccinated. In second place is Chile (17.1%) and the US is in third place, with 15.4% - which means that more than 51 million people are already in the safe zone.

The situation in Europe, however, is not as bright. Since the European Union is in charge of fairly distributing vaccines to 27 countries, the rollout is understandably delayed. Meanwhile, some European states purchased the Russian and Chinese vaccines to speed things along.

But so far, only a small portion of the European population has been completely vaccinated: 6.3% in Denmark, 5.8% in Switzerland, 4.9% in Italy, and 3.9% in France. Since only a small number of citizens in those countries got the second vaccine shot, the pandemic is still wreaking havoc and COVID restrictions aren't letting up [source].

In the UK, however, even though only 5.2% of the population got both doses of the vaccine, it seems that infection rates are at an all-time low.

Since the US started vaccinating adults within its borders, some states declared they are planning on relaxing COVID restrictions soon. Arizona and Texas announced all businesses are returning to function at full capacity. The latter, alongside Alabama, are planning on lifting their mask mandates by early April.

Other states that began reopening businesses and reinstating live gatherings include California, New York, and Mississippi. At the rates things are going, poker rooms across the country will open their doors soon. Players hope that they will start accepting more players and that things will feel more natural.

It remains unclear whether players will be required to wear masks while visiting gambling halls, but either way, it seems as if playing online poker will no longer be the only available option.

But while in America, people are ready to forget COVID-19 ever existed, other countries aren't that quick to let go of current restrictions. In the UK, for example, people still have to abide by social distancing rules, and masks are mandatory. The same thing goes for other European countries.

Taking all this information into account - and since new COVID variants might appear in the future - it seems that online casinos will remain popular in most countries.

Playing online casino games has been more popular than ever in the past year. And even though land-based poker rooms begin opening their doors, it seems as if the online gambling industry will keep flourishing in the near future.