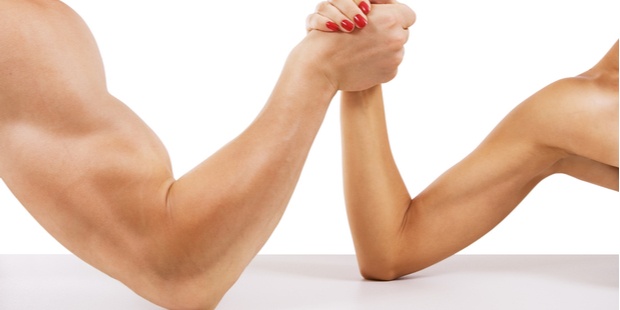 In recent years, women have become a major part of the poker community around the globe. But even though they are generally accepted at the poker tables, they still face massive difficulties on occasion.

In the most recent scandal, two of the best online poker players out there butted heads over the issue, using social media posts as their weapon of choice.

Vanessa Kade accused Dan Bilzerian of being disrespectful to female poker players, and things escalated from there as she was punished for speaking her mind. Their argument encouraged many poker pros to get involved and share their thoughts on inequality in poker.

Learn more about the latest developments in the matter and what each poker pro had to say!

Kade vs. Bilzerian: All You Need to Know

It all started when Vanessa Kade, a Canadian poker player, protested Dan Bilzerian's nomination as an ambassador of a popular poker website. According to reports, Bilzerian is known for violent and misogynistic behavior. In a series of tweets, Kade made it clear she thought such behavior shouldn't be condoned.

After Kade expressed her opinion via a tweet on December 4th, Bilzerian was quick to reply with a hurtful message. He used derogatory terms to address his adversary, saying: "Quiet hoe, nobody knows who you are".

On March 7th, 2021 – right before International Women's Day (IWD) – posted another tweet that objected to the website's choice of an ambassador.

Right after this incident, Kade received a letter that terminated her affiliate account at the poker platform. In the letter, the company's representative said that while Bilzerian's choice of words was unfortunate, they can't control everything their ambassadors say.

On March 12th, 2021, they also tweeted: "…We do hope things improve between you. Once again, there are things we can and cannot do based on contracts".

The fact that Bilzerian had no problem with using condescending language while speaking to a fellow poker pro made some people angry. But Kade's supporters were even more outraged with the fact that no one in the industry said anything or made any attempt to condemn such behavior.

After all, it took the company in question almost four months before they even acknowledged the incident. In addition to that, very few poker pros had the courage to address Bilzerian words right away.

What Other Players Had to Say

While many poker players agreed with Kade when this incident came to light, others were not as supportive, and Doug Polk was one of them. He focused on the fact that the tweets were posted around IWD instead of addressing the real issue at hand. He also said: "...It's easy/popular to yell sexism/racism at the top of your lungs and pretend that's the issue".

Other poker pros chose to ignore the matter completely, probably avoiding commenting on this sensitive issue.

Luckily, some people had no problem with speaking their minds and discussing the incident. Jessica Welman said in a tweet: "…This frighteningly tone-deaf message that the person at fault in this is not the brand ambassador who called your affiliate a hoe is not gonna go over well".

Kristen Bicknell also had the chance to share her thoughts on the matter, but she had a slightly different take on things. According to her, women do face misogynistic comments every once in a while. But according to her, you can't judge the entire industry by the actions of a few players.

Bicknell encouraged players to focus on the positive sides of poker instead of the negative, as the first outweighs the latter. She also made a point to remind everyone that male players also have to deal with derogatory comments – so they can't be excluded from this discussion.

The argument that arose between Kade and Bilzerian served to remind us that the poker community should address gender inequality sooner rather than later. Hopefully, as women get more involved in the industry and are quite outspoken, we will see some changes happening.