Two Years Down the COVID Path: What the Online Poker Login Rates Show 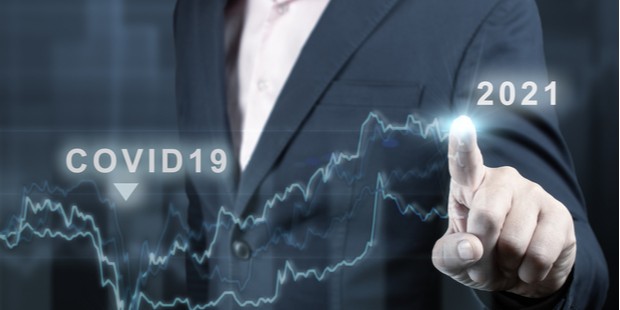 For a while there, when the daily number of new COVID cases in the US was relatively low, land-based poker rooms reopened, and fans of the game were ecstatic! Experts believed that online poker login rates would go down because of this, but the numbers tell a very different story.

Where was online poker rather profitable in the latest months? And what does that say about the future of the game? Let's take a look at the latest numbers and learn more about what happens in the poker world!

Online Poker and Online Gambling in the Different States

The Pennsylvania Gaming Control Board publishes revenue reports every month, and the latest report concerning October revenues is already here. According to the report, the gambling industry in the state generated $425,916,762 in revenue. That's a lot more than casinos brought in only a year before, as revenues in October 2020 stood at about $320 million.

And this October, the four online poker rooms made $2.8 million, which is only slightly less than what they brought in the month before ($2.92 million). Both months showed a slight decline in revenue compared to August, which saw online poker casinos make $3.2 million in revenue. But overall, it seems that online gambling venues bring in a steady stream of profits.

In New Jersey, poker revenues in October stood at $2.4 million, which is almost as much as poker rooms brought in the month before (only $100k less than September). But again, revenues in the Northeastern state have been steady for the past year, bringing in at least $2.2 million every month.

The Future of Online Poker in the US

While many people didn't have faith in the survival of online poker in the US, the latest data shows that people are more than keen on placing their bets online. A lot of skeptics thought that online casino revenues were high only because of COVID, as people couldn't visit land-based casinos. Those people believed that once social distancing restrictions would ease, online poker rooms would bring in far less money.

However, even though brick-and-mortar poker rooms have reopened, it seems as if people got used to playing online. The fact that the revenues of online poker rooms didn't decline drastically in the last few months proves those skeptics wrong! It seems as if players are not ready to get back to offline casinos, and maybe they never will be.

The past couple of years have changed our society, and that includes the poker community. People have realized that they can save a lot of time by performing many tasks online, and that there is no need to actually travel to distant locations to have some fun.

Hopefully, even when COVID will no longer have such a massive effect on our lives, online gambling venues will remain popular and profitable.

Poker monthly revenue reports can teach us a lot about the state of the gambling market. And the reports that came in lately are looking promising!

The past two years have been rather good for the online poker industry. Not only did multiple US states legalize online gambling, but revenues also brought in by online poker rooms have been higher than ever. If things keep going at the same pace, the next year will be just as profitable for poker fans all over the world, and in the US in particular.