Most Memorable Poker Moments Turn into an Everygame Poker Lesson 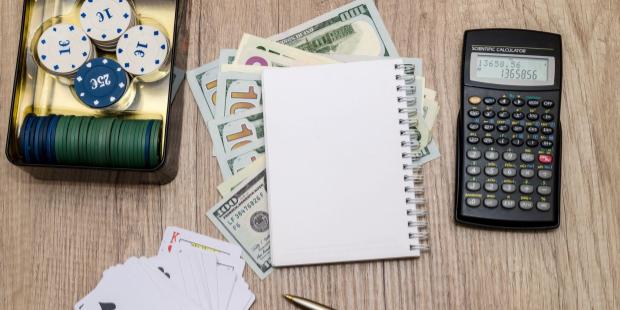 How do you prefer to sharpen your poker skills? Some players prefer to read poker guides, while others like to watch others play and learn from them. Watching grand masters like Phil Hellmuth, Stephen Chidwick, and Daniel Negreanu in action can help you better understand what to do – and what not to do – at the poker table.

To help you learn more about the game, we're here to remind you of some interesting poker moments that can teach you a lot about the game. Let's call it the Everygame Poker Hall of Fame, where you can expand your poker knowledge and become a better player!

Top 3 Poker Moments You Can Learn From

There are dozens of poker games we can take a closer look at and learn from, as practically every poker match can turn out to be educational. But we've decided to start things off by picking out three poker moments that might help guide you on your poker journey.

Amateurs can still beat the pros

Yes, experience and practice really matter when it comes to poker. But at the end of the day, the number of hands you've played throughout your career doesn't guarantee a win.

When the first season of Million Dollar Challenge aired in 2009, everyone was sure that Daniel Negreanu, the legendary pro who decided to take part in the project, would easily beat the amateurs competing against him.

But surprisingly enough, Mike Kosowski – a cop and recreational poker player – managed to win first place. He took some major risks, but eventually, it paid off. Kosowski taught us that you shouldn't get overconfident and cocky, no matter how good you are, as even the most inexperienced players can get the upper hand.

If you're bluffing, be confident

There are two main things you need to remember about bluffing:

Sara Chafak taught us just that when she participated in a televised poker tournament in 2014. The beauty queen, who became Miss Finland in 2012, had very little poker experience when she decided to participate in the poker TV show Shark Cage.

But luckily for her, her inexperience didn't show, as she managed to outshine and beat poker pros like Ronnie Bardah by bluffing at the right moments and remaining calm and composed at all times. However, Chafak tried to bluff her way out of sticky situations more than once.

Obviously, the other players figured out her strategy and didn't fall for it again. But even though she didn't win, Chafak went viral when a video of the event was uploaded online, and people were amazed by her bluffing abilities.

No matter what, you should keep your cool

Poker can turn out to be a rather heated game, especially when the stakes are high and there aren't many players left at the table. Therefore, it comes as no surprise that players sometimes get into arguments and fights when their nerves get the best of them.

But even though it's natural for players to get emotionally invested as they play poker, it does not excuse abrasive behavior. Eric Molina seemed like a promising poker star in 2006, but his inability to remain calm when playing got him into trouble multiple times.

Apart from judging other players for their choices with little class or respect, Molina caused a scene when he started throwing chips and using foul language at the 2006 WSOP Main Event. He was even asked to leave the table to cool off – and he wasn't happy with that decision.

Watching the young poker player in action should teach you what NOT to do at the tables. Becoming aggressive and creating an unpleasant environment will never end well, so if you can't be in control of your faculties – you should take a step back from the game.

As Yoda said: "Much to learn, you still have". If you plan on getting better at poker, the learning never stops. Watching how pros act at the tables can help you hone your skills, so