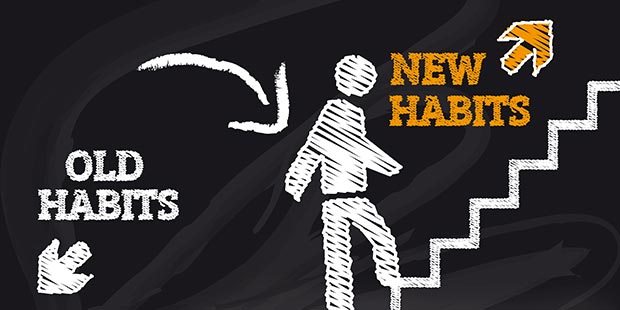 When you first start playing online poker, it is very easy to form some bad habits that can hinder your ability to reach your full potential in the future. But if you manage to avoid those habits in the first place, you might be able to save yourself some grief!

If you want to become a successful poker player and avoid losing money by making rookie mistakes, you must be prepared to put in the work. What are some of the worst habits players tend to cultivate when they start playing poker? And What can you do to avoid those habits from day one? Keep reading, and hopefully, you will get the answers you're looking for!

Bad Poker Habits You Should Beware

According to scientists, it takes at least two months to make new habits to replace older behavioral patterns. And since we're talking about such a long time, why not try to avoid creating unfavorable betting patterns in the first place? Here are a few bad habits you should steer clear of at all costs:

How to Avoid Bad Habits

Now that you know of some of the worst poker-related habits players cultivate, you must ask yourself: how can you avoid repeating the same mistakes others made before?

First of all, it is important to be aware of your abilities and practice self-examination regularly. Do your best to remain objective at all times, pay attention to the mistakes you make, and learn from them. That way, you might avoid making the same errors over and over again.

Also, you should learn as much as you can about the game. Develop your own poker strategy, become better at the game, and you might be able to win more often than you lose!

Those two simple things can help you overcome many issues new players face when they first start playing the game.

Avoid Some Habits and Place Your Bets!

Now that you know what you shouldn't do at the poker table, it is time to learn what you MUST do: start placing your bets as soon as possible!