A short history of Poker 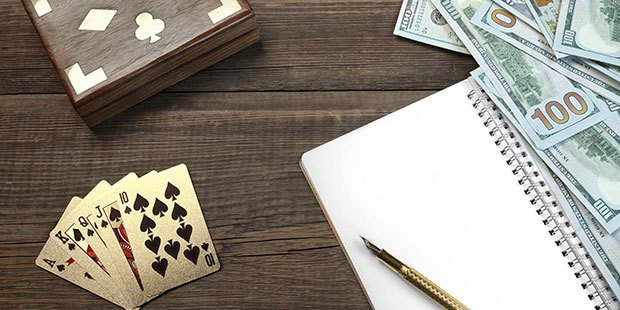 There is no general agreement as to how this hugely popular casino game came into existence. The further back we try to trace it, the most difficult it gets, mainly due to a lack of written records.

Some claim that the game we today know as poker originated from As-Nas, a card game played in Persia as far back as the 17th century. Using a 25-card pack with 5 suits, As-Nas was played very similarly to poker only without flushes and straights. Paying hands included Full, Three-of-a-Kind, and Pairs, and the game involved a round of betting based on 5 cards each of the players were dealt. They were allowed to place a bet after seeing their cards or bet blind, and either call, raise or fold. And bluff while doing it! The only issue with this theory, apart from the aforementioned missing written sources, is that there is no evidence as to how the game of As-Nas could have travelled to other parts of the world.

From Europe to America and Back

Other historians believe that a true poker ancestor is a 16th-century Spanish game Primero, which some 100 years later was translated into Poque in France and Pochen in Germany. The game featured three cards dealt to each player and involved bluffing and betting. French colonists brought Poque to North America, where the first recorded mention dates back to 1829 New Orleans. A game featuring a 20-card deck was played by four players who would bet on whose hand was the most valuable. From there, it spread by Mississippi riverboats towards the west and could be found in saloons across the country during the Wild West period.
During the late 19th century, the US minister to Great Britain shared the game at Queen Victoria’s court. While trying to teach his hosts how to play poker, General Schenck also produced a written guide to help them learn. Following this first entry into Europe, it took several decades and the influence of American soldiers participating in World War I to achieve more widespread acceptance of poker among the European players.

The Game Continues to Evolve

Poker kept developing to introduce five-card draw, seven-card stud and Texas Hold’em, the first variant to use community cards. Tournament play was launched in American Casinos with the start of the World Series of Poker in 1970. It all began when Benny Binion, an infamous Las Vegas gambler and casino boss, invited several well-known poker players to participate in a tournament which took place in the Horseshoe Casino. Later on the WSOP launched a tournament "circuit" across the USA, and today it boasts the title of the largest and longest-running gaming event in the world.

Thanks to the development of the Internet, this increasingly popular game became accessible outside of land-based casinos. Online poker was made available in the mid-1990s, at the beginning played for free, and the first online poker room, Planet Poker, appeared in 1998. This pioneer was soon overtaken by other gaming venues, and in September 2009 Poker Spot was the first online poker room to offer tournaments. Although Poker Spot went under due to issues with collecting players’ deposits from its payments processing firm, the incident didn’t discourage other providers from offering tournaments. Collection issues were solved largely thanks to e-cash, primarily Neteller, which allowed players to make deposits without having to use credit cards and collect their money faster.
The Exciting World of Online Poker

Online Poker not only enables fans to enjoy the game from the comfort of their own homes, but it also provides numerous game varieties and betting-range options to suit beginners, low rollers and high rollers. Or even to practice for free! Today you can launch an instant game which pays according to your own hand only, or enter a poker room and test your skills against those of other players. While the development of technology enhances the online experience on daily basis, and smartphones and tablets facilitate on-the-go gaming, poker continues to attract more and more players from all corners the world. If you’re not one of them yet, visit Everygame and see for yourself why millions choose to take a seat at a poker table every single day.