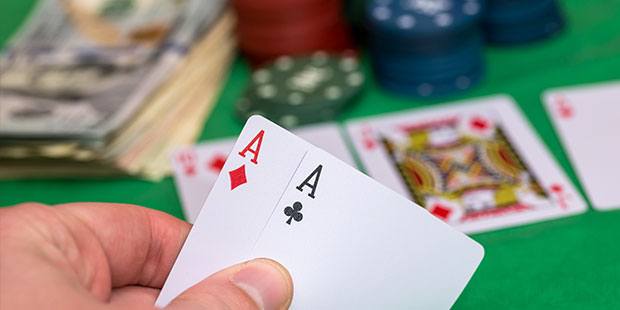 There’s no doubt that tournaments are the reason many of today’s poker players became interested in the game.

While the first tournament ever took place in 1970 marking the beginning of the World Series of Poker, masses of new online players pricked up their ear when in 2003 the televised main event which was won by a gamer joining the competition via an online satellite tournament. Technology has enabled us participate whenever and wherever we want, but there’s no denying the excitement of competing in a land-based casino event. Which are the most famous ones around?

The World Series of Poker

The largest and most prestigious poker tournament today is the WSOP which dates back to 1970, when an infamous but legendary Las Vegas casino boss called Benny Binion, invited a few then well-known poker players to face each other in a tournament. In those days not many people knew it was taking place and even fewer cared. It was two years later that the event sparked the interest of the general public, mainly thanks to one man. After winning the title, “Amarillo Slim” Preston went on a publicity tour to celebrate his victory and has probably remained the event’s best-ever ambassador ever since. Starting off with only about a dozen participants, by the turn of the century thousands of players were heading to Las Vegas to participate in this exciting competition.

In 2005 the WSOP began a tournament "circuit" across the USA, comprising of 45 tournaments played in various locations. The championship event held in London in 2007 was the first WSOP expansion outside of the US, followed by other European countries, South Africa, Australia and Morocco. Season 2016/2017 includes a number of international locations, namely Sydney, Marrakech, Sao Paulo, Punta del Este, Campione, Cannes, Paris, Berlin, Rozvadov, Estoril and Brussels.

Each location will host several gold ring events and finish with a Main Event, the winning of which is one way to qualify for the 2016/17 Global Casino Championship. Another is to accumulate the most points while participating in the gold ring competitions, and yet another to finish up as one of the top 50 cumulative points-earners of the season. This accounts for about 100 players who will receive a free seat in the final event, while everybody else is eligible to buy in for at a cost of $10,000 and compete for a share of the $1 million Global Casino Championship prize pool. Apart of the monetary prizes, winners of this event also receive a prestigious WSOP bracelet.

In 2003 a unique television show was created based on international high-stakes poker tournaments. Anyone can participate by paying the buy-in starting from $2,500 or by winning a satellite tournament, which allows amateurs to share the table with famous poker players. Each WPT season culminates with the $25,000 buy-in WPT World Championship. The show is broadcast weekly in more than 150 countries, and watching televised events is a great way to see how the pros play and learn from them, as you get to see each player’s cards for every hand.

In 2008, Club WPT was launched as a subscription-based club whose members pay a monthly fee to participate in monthly tournaments and compete for more than $100,000 in cash and prizes. The WPT Walk of Fame honors players who have played well at the highest levels, and also those promoting the event via media and literature.

Following the success of the European Poker Tour (EPT) launched in 2004, PokerStars Championship was initiated in 2016 with an aim to deliver bigger, better and more exciting international poker events. The Championship combines major poker tours in Europe (EPT), Latin America (LAPT) and Asia-Pacific (APPT), with the top players competing in a $100k live winner-takes-all final event. The new Championship kicked off in January 2017 in the Bahamas, to be followed by events in Barcelona, Monte Carlo, Macau and Panama. All Main Events feature $5,000 buy-ins and are streamed live, with webcasts and highlights shown on PokerStars.tv.

The brand additionally sponsors regionally-focused tours such as the PokerStars Festival and Brazilian Series of Poker (BSOP). The Festival unites smaller tours such as the Estrella, Eureka and the Italian Poker Tour, as well as regional US poker tours. All events are accessible through a single website which also provides information on live and online satellites, travel, hotels, and various other offers.

The Nations Cup is a poker event played by 12 teams, made up of member nations of the International Federation of Poker. Match Poker was introduced by IFP as an attempt to provide a contest which is based on players’ skill rather than luck. It’s played using Duplicate Poker in which players at each table receive the same hand as one opponent at every other table. They all start with an equal number of chips and cards “dealt” on a digital device. Several games are played simultaneously and participants score based on how they perform in comparison to players who were dealt the same cards. After a pre-determined number of hands have been played, the team with the most points wins.

It’s interesting to note that because the authorities have classified Match Poker as “non-gambling”, events can be staged anywhere rather than being restricted to licensed gaming venues.

The Table, another IFP affair, is an invitation-only World Championship in which more than 130 of the best poker players compete for the $250,000 first prize and the prestigious title of the World Poker Champion. The Texas Hold’em competition takes place over two days, is extremely intense, and, as it’s not a buy-in tournament, players compete for a sponsored prize fund instead of accumulated winnings.

If you’re dreaming about experiencing one of the above-mentioned events as a player rather than a spectator, make sure you get some practice first. Playing at Everygame will not only enable you to sharpen your poker skills, but also provide a chance to enter freerolls which take place daily and can land you a seat in exclusive weekly tournaments.