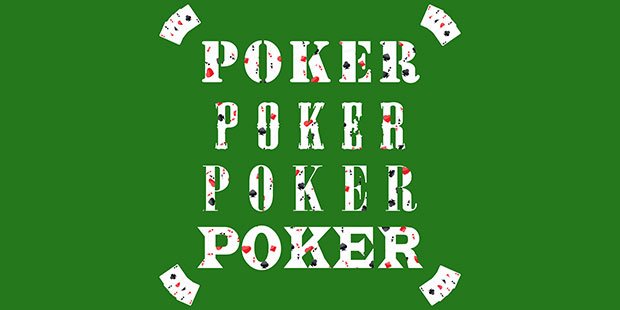 If you’re a poker fan, you must have read about successful world-famous players, and maybe even watched them in action via televised events or indeed live, and thought: “Perhaps one day this will be me?”

This is a phenomenon particular to poker.  There are no professional slots players to emulate.  Not even professional video poker players who inspire us.  It is only poker pros we look up to with such adulation.

Whether it’s a question of accomplishment, fame or money, surely we’ve all had such a dream, and some of us still do. And why not? When you learn about how these men and women got to become our idols, it’s clear that background, education, financial muscle or age have little to do with making it to the top in the world of poker. So let’s have a look at arguably the most fascinating poker players since the early days of this exciting casino game.

Johnny Moss, born in 1907, was the winner of the very first World Series of Poker (WSOP) Main Event which took place in 1970. Growing up in Dallas, Texas, Moss was taught how to cheat at games as a young boy. However, instead of pulling tricks on unsuspecting opponents, he used his knowledge to ensure games were played fairly while working in a local saloon during his teenage years. Watching poker players play presented a great opportunity to learn a whole lot about strategy. In 1949, Johnny Moss played in a poker marathon organized by the father of WSOP, Benny Binion. He faced Nick the Greek for five long months, who then came out with what is now considered to be one of the most famous poker quotes ever:  "Mr. Moss, I have to let you go." Moss was the winner of WSOP Main Events in 1970, 1971, and 1974, picking up 9 WSOP bracelets during the course of his poker career.

When it was launched, not many people were even aware that the WSOP was taking place. It was Thomas Austin Preston, known as Amarillo Slim, who first brought the tournament to the attention of the general public. Having won the 1972 Main Event, he went on a publicity tour, appeared on several talk shows, and even had a small part in the 1974 movie California Split by Robert Altman. Amarillo Slim was not only a five-time winner of WSOP events, but also known for having played poker with presidents Lyndon B. Johnson and Richard Nixon, the infamous Pablo Escobar and Hustler publisher Larry Flynt.

Having played poker professionally for over 50 years, Doyle Brunson could easily claim poker was his life, even if he was originally hoping to become a professional basketball player. A two-time winner of WSOP Main Event (1976 and 1977) who boasts 10 coveted bracelets, Mr. Doyle was voted the most influential force in the world of poker by Bluff Magazine in 2006. This American was the first to earn more than $1 million in tournament winnings, and the first to claim both the WSOP Main Event champion and a World Poker Tour title.

Only a few years after tournament-play was first launched online, Christopher Bryan Moneymaker earned entry into the 2003 World Series of Poker Main Event via a satellite tournament organized by Poker Stars. Having won the WSOP crown, the media exploited the amateur-beats-pros story in combination with his incredibly appropriate last name, and turbo-charged the interest of general public in online poker.

Vanessa Ashley Rousso, a professional American poker player born in 1983, is one of the most successful ladies in the poker world. Apparently a player since the tender age of five, Miss Rousso first took part in a serious poker tournament play during the summer break from law school, in which, by the way, she was in the top 5% of her class. She didn’t finish her studies, but after earning more than $3 million in tournament winnings by the age of 30, we can hardly imagine she has any regrets.

Known as the Tiger Woods of Poker, Phillip Dennis Ivey Jr. is an American professional poker player and the proud owner of 10 WSOP bracelets. This achievement only took him 14 years - faster than anybody else in history! Ivey also holds one World Poker Tour title, having sat at nine World Poker Tour final tables, and was named Poker Player of the Year by All In Magazine in 2005 and 2009. He is considered to be one of the best all-round players in the world.

Phillip Jerome Hellmuth Jr. is another American player who holds a record in the number of WSOP bracelets won – 14! This short-tempered "poker brat" also traded a university diploma for the career of a professional poker player, a decision which has proven to be exceedingly lucrative. With close to $21 million in live tournament winnings, he ranks 8th on the all-time money list. In 1989, at the age of 24, Hellmuth became the youngest player to win WSOP Main Event, though he no longer holds this title.

This Swedish online poker player was first introduced to the game at the age of 14 by his older brother. Having then taught his friends, and subsequently organized poker games in school, Blom made his first deposit at an online poker site just a year later. He achieved several notable wins only to then lose it all, and changing his online poker name to Isildur1 in 2009, he started playing high-stakes poker against well-known professionals such as the above-mentioned Phil Ivey, Tom Dwan, Brian Townsend and others. In 2009, Blom actually played 9 tables at once against Patrik Antonius, Ivey and Dwan, after which Antonius called the mysterious Swede “extremely dangerous”, owing to him constantly forcing his opponents to make difficult decisions.

Daniel Negreanu, a Canadian professional poker player, boasts the title of the biggest live-tournament poker winner of all time. Having won 6 SWOP bracelets and 2 WPT championship titles, Negreanu has managed to accumulate more than $32 million in prize money during his career. This high-school drop-out is well known for his philanthropy. He frequently appears in various charity events and is the founder of the annual "Big Swing" charity golf event, played by professional poker players paired with celebrities.

Known under the screen name "durrrr", Thomas Dwan Jr started playing poker online with a $50 bankroll. While he initially focused on sit-and-go tournaments, he later switched to multiplayer games and then to heads-up games. Dwan was only 19 when he collected cash in his first live tournament, and having won more than $1.1 million during Full Tilt Poker's Million Dollar Cash Game, he holds the record for the largest pot won in a televised game.