Pre-Flop - What you need to know 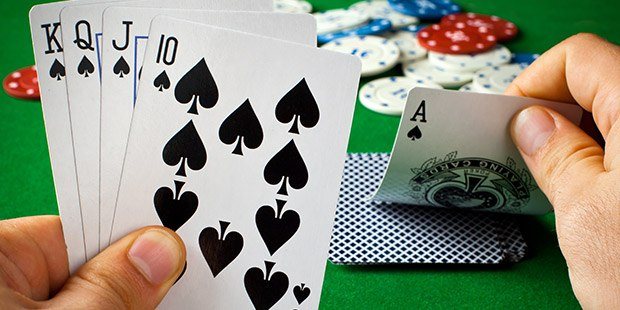 When we begin playing the Texas Hold’em version of poker, we are immediately faced with the problem of how to evaluate the two cards we were dealt.

We have to decide whether to continue with these cards and see the flop or to toss in the cards right away.
Professional and experienced amateur players understand that there are many factors that will help us determine the relative value of the hand. But before we can get to the more subtle aspects of hand evaluation, we need to see which hands are good and which hands are ....not.

These are hands that already can win the pot if everything goes well. So, a pair of Aces, Kings, or Queens all qualify as a good hand. Most players consider lower pairs to be borderline hands as there are at least three pairs that can beat it. This does not mean that you should fold a pair. A lot depends on how much it will cost you to see the flop.
Any two cards that are not suited or are not connected are bad hands - not worth investing in. On the other hand, suited cards sometimes grow into a flush, and connected cards sometimes grow into a straight - so these are worth holding on to for the time being.

Experienced players know that they toss away at least 70% of the hands they are dealt before the flop. Most hands are either bad hands or hands of very questionable value.
A study was done in 2010 at Cornell University that proved that poker players who won more hands actually lost more money. One of the reasons given is that many players who ultimately won a lot of hands also stayed in with very marginal cards and lost money unnecessarily when they far too often pursued ephemeral top hands.
So, one of the most important aspects of card evaluation is that you will naturally toss away the great majority of hands. As beginners, we should err on the side of not betting. That means that if we aren’t sure pre-flop what our hand is worth, we should toss it in.

The pros all say that you need to be aggressive. That does not mean betting wildly with any combination of cards; it means that when you do decide to play a hand, you should try to play it aggressively. Part of being aggressive is working extra hard to not have the reputation of being aggressive only with the very most powerful hands. When you do develop that reputation, your aggressiveness will not be able to give you control of the big pots you need to win to cover for all the small pots you’ll lose.

The Need to Bluff

If you are the big blind, you’ll bet last pre-flop. Since you have already put in your ante, the betting could get to you and you merely have to raise or check. In this case, you can safely play a very poor hand and see the flop, since it will not cost you any more than the blind you already put in.
Hands in this position are often good hands to learn to bluff with. You might also decide to raise if the betting has come to you with no previous raises. That usually indicates that no one has a strong hand so your bad hand might grow into something much stronger. If you raise in that position you can often get a number of opponents to fold. Then you’ll have less competition for the pots and anyone still in the pot will fear your hand.
The converse of this advice is that the blinds bet first after the flop and on all subsequent rounds. So, if you choose to raise pre-flop with a marginal hand, you have to be prepared to check when you have to start the betting on the next round unless you’ve hit a very good hand with the flop.
If you raise pre-flop and check after the flop, your opponents will naturally think that you missed the flop. You will have to fold if anyone raises.

The exact opposite obtains when you are first or second to bet. In those positions, you should fold any, but the very strongest hands. You can expand the definition of strong hands here. For example, suited royal cards are a strong hand in this situation.

Deciding how valuable your hand is pre-flop is not connected only to your own cards; it is also connected to your opponents’ cards. Here is the time to introduce observing the tells that many players have even pre-flop. It helps if you have time to watch them react to their cards.
Most new players benefit from not looking at their hole cards until it is time for them to bet. This reduces the possibility that you will telegraph your cards’ strength through a tell.
It’s a lot harder to read tells when you play online but there are ways to do so. First, you have to pay attention to every hand, even those hands that you folded early on. By paying attention, you can feel any information an opponent is telegraphing.

Evaluating your hand pre-flop can be very easy if you have a bad hand which actually occurs much more often than your getting a good hand. You can be more flexible in late position if no one has raised or if a raise was minimal. That means that you also evaluate your hand based on how much money you have to play with.
You need to be aggressive but there has to be a good deal of sense to your aggressiveness.
You have to learn to balance the desire to play a good hand, which we admit comes about not so often, with the need to be dispassionate. If you have bad cards, get rid of them even if you haven’t played a hand in a long time. Impatience is almost always a losing tactic.

Pre-Flop is Just the Start

Texas Hold’em is one of the most challenging games around. At each stage we have to re-evaluate everything. Players who love Hold’em also love the constant challenge it presents.