Poker is a Hard Game to Learn as David Haye Showed 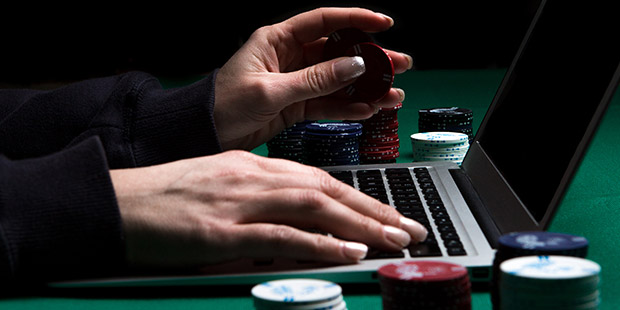 Ever since amateur Chris Moneymaker won the Main Event at the World Series of Poker in 2003, thousands of amateurs have set their sights on becoming poker pros. Heavyweight boxing champ David Haye is trying his hand at poker. He is using poker coaches.

A Poker Coach Can Help You Get Better

David Haye retired from professional boxing just a few months ago determined to become a professional poker player.  Perhaps he entered a tournament too soon but his first efforts, after four months with several coaches, proved less than satisfactory.

Poker is certainly a difficult game to master.  It is a lot harder to get up to world-class skill these days than it was only 15 years ago.  It was exactly 15 years ago that Chris Moneymaker became the first amateur to win the Main Event at the World Series of Poker.
His great win encouraged millions of amateurs to work hard to hone their poker skills in the hope that they, too, might one day win a bracelet or the Main Event at a WSOP tournament.  Many people sought out a poker coach to help their game mature.
Chris Moneymaker taught himself the great subtleties of Texas Holdem by playing poker online.  His win sparked the great online poker boom that we are still in.  There are also many sites, especially on YouTube that purport to be able to make better poker players out of the general public.

One person who took on a poker coach to teach him the nuances of poker was former world heavyweight boxing champion David Haye.  Haye won his first professional fight only in 2002 so he is still a young man in poker terms.
When he retired from professional boxing, he declared his intention to become a professional poker player.  Haye began formally studying poker only four months ago so he can be forgiven for doing poorly in his first poker tournament in  Blackpool.  Haye made a business deal with Grosvenor Casino in England and the casino hired pros Joe Beevers, Katie Swift, and Jeff Kimber to help with the tutoring.

Haye enrolled in a GUKPT and quickly flopped.  The lesson here is not that learning poker with a coach is not a good way to learn the game.  In fact, many pros openly admit to having learned with a coach at some time in their professional careers and for varying lengths of time.
Poker in this sense is no different than any other sport.  A good coach will make a player or a team better than he or she would be otherwise.  Every football team has a number of coaches.  Most professional sports have added coaches to teach specialized aspects of the sport.  Hiring a coach and working with him or her is a part of the investment in becoming better at whichever sport or game you’ve chosen to excel at.

Working with a coach is not enough.  The player has to be open to doing the exercise the coach recommends.  In team sports, there are many players with great talent who never excel at the sport because they are not “teachable”.  This is certainly not to say that David Haye is not teachable at poker.  First of all, we simply don’t know.  Secondly, his great success at boxing would indicate that he does have the teachable personality so he should get better at poker in the long run.
Coaches need players to devote themselves to practice.  After a player has practiced for a long time, he or she needs to practice some more.  In the very long run, a player’s ability to rise to the level of success in professional tournaments against the world’s top players is a function of the amount of practice the player did, the quality of the practice, and the player’s natural ability at poker.
Some players simply are better equipped to play against amateurs.  Everygame offers players many opportunities both to practice and to enter amateur tournaments.  We offer unlimited free play so you can practice for hours at no direct cost.  We also have regular tournaments with relatively modest buy-in fees.  Some of our poker tournaments are freeroll tournaments so you don’t have to invest any money at all.

The average player cannot afford to travel to a land-based casino and pay for accommodations there whilst they are learning the fine art of poker.  Online poker solves this problem in dramatic fashion.  You play at your leisure.  You never feel that you have to go on when you’re mentally or physically exhausted in order to “get your money’s worth” like at a land-based casino.
This brings us back to the notion of the quality of one’s practice being as important as the length of time one practices.  In fact, the quality of one’s practice is probably more important.  A great one-hour session is likely to stay in a player’s mind over a mediocre session of several hours’ duration.

Concentrate on One Game

There are many poker variations, of course.  Of the dozens of variations, only a small number are played in tournaments.  Of this small number, we advise anyone with tournament or professional aspirations to concentrate on a single variation.  Texas Holdem is the most common tournament game so it likely will be the game most players concentrate on.
Interestingly, so many players do concentrate on Holdem that you might be better off concentrating on Omaha or some other common tournament game where there will be fewer competitors.
Anyone who has seen a few YouTube videos of champion Texas Holdem understands how difficult it is to figure out what an opponent might have.  You don’t see only two cards but that lack of information makes a massive difference in players’ ability to analyze a hand.

Value of a Poker Coach

So, we might readily acknowledge the value of a poker coach.  We also need to recognize that a coach can only take a player so far.  The bulk of any player’s improvement in poker will be more a function of their natural skill at the game combined with their willingness to work hard at honing that skill.
David Haye may yet prove to be a great poker player and then again perhaps not.  The same applies to everyone who loves the game.  One of the great benefits of online poker at Everygame is that we offer great poker action at every possible level.