Poker is a Lot More than Aces 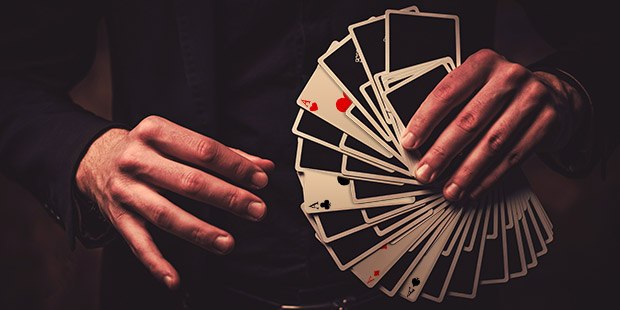 The ace is the best card in the deck but it is often not the best card in a hand.  Players need to learn to value their aces correctly.  One way is to study the nuances of the game such as opponents’ betting history as a supplement to betting high with good cards.

Aces are Great but They are Also Quite Complex

Two of the most common mistakes poker players make are overvaluing and undervaluing aces.  In Texas Holdem, a pair of aces is certainly the best hand you can get pre-flop but it is far from the nuts.  Any other pair can become three of a kind and two pair is a very common hand.  So, whilst it’s generally a good idea to bet high on a pair of aces pre-flop, you have to take many other factors into consideration.
This, of course, is only part of the story.  A lot depends on your position, the action other players have taken, and concepts such as equity.

Online Poker is a Fantastic Teacher

Another of the many advantages of online poker is that it gives you relatively inexpensive hours of practice becoming well-versed in the various concepts of poker.  When you play poker online, you can regulate your poker play for maximum benefit.  One of those benefits is practicing calculating equity.
Equity is one of the ideas that new poker players brought to the game after the big boom began in 2003 with Chris Moneymaker’s historic win.  His win was historic mainly because he was considered an amateur at the time and had qualified for the WSOP by winning a preliminary tournament online.
The cost of travelling to a land-based casino is similar in its own way to the money you have already put in a pot.  Many players at land-based casinos continue playing long after they should have stopped at least to take a rest, eat something, get some fresh air, and generally clear their minds for the next session.  Throwing good money after bad is not just a gambling fact to be avoided; it also refers to gamblers playing when they ought to rest because they have so much “already in the pot”.  The money you’ve already wagered may be lost.  It is of no benefit to chase after ephemeral winning chances.

As with so much that is exciting and challenging about poker, equity is an idea that we can estimate but we cannot know the final calculation until after the hand.  It requires that you know the odds of your winning a hand and you cannot know that with perfect confidence because your opponents have hidden cards.
However, pre-flop with a pair of aces, your equity is higher than any of your opponents.  So, if everything else is equal, you should bet high on your aces pre-flop.  But you should never overestimate then after the flop.
If you bet late and someone has raised before you, they may have a very strong hand or they may be bluffing in early position.  If they also have pocket aces, your aces are likely doomed to be part of a split pot.  But if they have pocket kings or less, your aces are the top pair.
You need to conjecture what your opponent has based on his or her past betting behavior rather than on the fact that you have pocket aces.

What about Ace and another Card?

An ace with a relatively higher card but unsuited is a much less valuable hand than an ace with a relatively low card but suited.  There are two main reasons why that’s true.   With suited cards, you have a much bigger chance to either flop a flush or to flop a flush draw and since the ace and a low card can become members of a straight, you have a better chance to flop a straight or a straight draw.
If these two facts teach us anything it is that the ace is more valuable as part of a straight or flush draw than as a possibly paired ace.  Furthermore, an ace and low card suited might even become part of a straight flush in those rare occasions.

Depending on what your opponents might have, a paired ace might be a strong hand or fool’s gold.  You have to be very aware of what the other players might be betting on before putting in a large call post-flop.

This is almost always a lost flop since a low pair will likely be lower than other hands.  You certainly can’t trust a low pair to win the hand.

If after the flop you have ace high, and if the other players also seem to have missed the flop, you might have a winning hand but you might also lose to another lone ace with a higher kicker.

Many analysts will tell you to play these weak ace hands aggressively.  That actually misses the point.  If you read the table correctly and if you have a strong position for an aggressive play with a weak ace hand pre-flop, then you might play aggressively hoping to win the pot immediately.
However, an astute opponent may put you on exactly the hand you have if you play aggressively in late position against a limping table.  In that case, the opponent might raise your aggressive bet and try to force you out of the hand.  If you call an aggressive re-raise, you might be trapping yourself on a hand that is simply not worth the investment.
So, a weak ace unsuited should be seen as a weak hand whilst a weak ace suited can become a strong hand if you can get to the flop cheaply.  Most players have a limited bankroll and should not risk it on a weak ace hand.

Learn the Many Nuances of Poker

As we have seen, an ace is a powerful card and pocket aces are the best way to start a hand.  But aces are really just good cards.  Many good hands lose, and if you learn to read opponents, calculate equity, and develop quick skill at surmising the situation at the table on each hand, you’ll become a winning poker player far more than if you simply “ride the aces”.