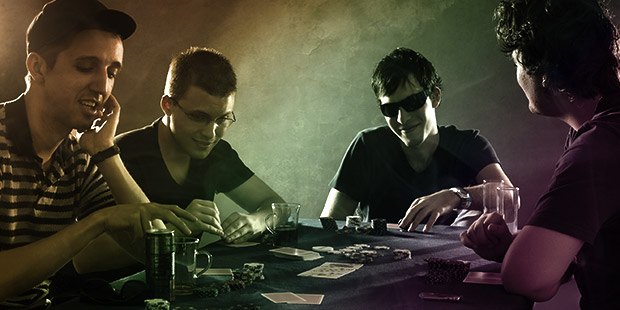 New players, especially, need to understand the importance of position in evaluating their hands.  The same hand in early position might be a lot less valuable than in late position.  Position changes with every hand as well.

Poker Mastery: Begin with Learning the Nuances of Position

There is an amazing phenomenon occurring in the online poker market in the United States.  Several states have already legalized online poker and several will give it great consideration in the 2019 legislative season.  That means that a lot more Americans are looking to play poker online.
Many have never played Texas Hold’em before but have watched YouTube clips of the top tournament moments.  The most astute new players understand that they have a lot to learn about poker before they can consider themselves ready to enter tournaments with sizable blinds.  So, we at Everygame are starting a series of articles on poker, especially Texas Hold’em.  We aren’t starting at the most basic level; we assume everyone knows the scale of hands, which hands are best to have pre-flop and so on.
This article will begin with a discussion of position in Texas Hold’em.

In poker, you are said to be “in position” when all or most players bet before you.  You are “out of position” when you have to bet before other players.  When you bet late, you get a strong feeling for the relative strength of your opponents’ hands.  This is not a perfect fact since some experienced players will sometimes enter a pot with a poor hand just to throw everyone else off.  But, as a rule, players with weak hands will fold early.  We see this all the time in YouTube clips but the commentators never talk about it because it is so obvious.  Rather than calling the big blind with a poor hand, poker players fold.
In early position, poker players fold a lot since good betting hands are not very common.
When a player calls the big blind from early position, he is said to be “limping in”.

The Importance of Information

The great fact that never wavers in Texas Hold’em is that there are always two cards we don’t see.  Those two cards carry the information we need to make the correct play every time.  Therefore, any information we can gather outside of the two hidden cards is simply invaluable.

The Terminology of Poker Position

There is a major change in betting position from the pre-flop to the streets.  Pre-flop, the players to the left of the blinds bet first and they are said to be “under the gun”.  In the pre-flop position, the big blind bets last.  This gives the big blind a great advantage pre-flop but she has “bought” that advantage by anteing the larger of the blinds.
The need to call or raise the big blind puts all players in a quandary unless they have been dealt a great hand.  The big blind can win a lot of hands simply by betting late pre-flop because many players who have limped in will fold with a poor hand.
After the flop, the blinds bet first.   The flop is the first of the streets and the big blind’s advantage pre-flop melts away as soon as the flop is played.  That’s why it is so important for the big blinds to be aggressive pre-flop if he has a reasonable betting hand.  The next two players after the under the gun players are said to be in middle position, and the last person to bet after the flop is called the “button”.
All of the advantage the big blind had pre-flop now comes to the button.

The button also has a big advantage pre-flop since she bets just before the blinds.  She has no money in the pot yet even if others have raised.  So, she can easily decide to fold if there is money above the big blind already in the pot and she has a poor hand.
If others have either folded or limped in, the button can evaluate her hand based on the relative strength of her hand.  A suited hand might be worth a call, for example, whereas the same hand might not be worth the money in under the gun position.

This term has two basic meanings.  As you evaluate a hand on the turn or the river, you determine what the range of hands your opponent might have.  You use every piece of information to decide how you should proceed.  The position an opponent was in pre-flop and post-flop might decide the most likely range the player has at that point in the hand.
Range also affects your decisions pre-flop.  It continues to determine your decisions post-flop but in the pre-flop state, you widen the range of hands you’ll be willing to call with as your position improves.  For example, if the players before you have folded, you might be willing to limp in with a poor hand that has some reasonable expectation of winning.  The same hand would be an easy fold in poor position pre-flop.
Late position in a hand with players folding before you might give you the chance to make a high pair look like a relatively poor hand simply by limping in rather than raising.  If you feel that you must raise, you can raise a small amount thus giving the button and the blinds the impression that the raise is more perfunctory than forced by your having a good hand.

Even the top poker pros fold a lot of hands and they fold a very large percentage of hands in early position.  The more experienced a player is the greater is his or her awareness of the significance of money management.  In early position, you need to be a lot tighter about the value of your hand pre-flop than you need to be in a late position.
Some pros will bet with a poor hand in early position as a bluff.  They might fold after the flop if they don’t catch a good flop but the action they stir up might make staying in the pot worthwhile.  Beginners should never think of themselves as experienced players.  It takes quite some time to reach the level of a successful poker pro.
So, to a great extent, you ought to let your position on the board determine how you’ll proceed with most hands.