What Does a Poker Player Do After the Session? 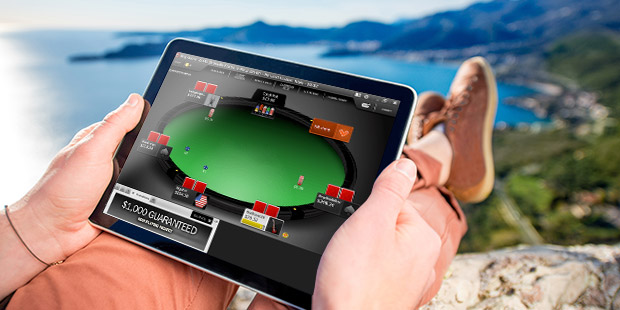 During the game, we have to concentrate to the limit of our ability.  After the game, we're wired so relaxation and unwinding are vitally important.

In the last article, we spoke about how important it is to pay close attention to every detail that emerges during a poker session.  We reiterated that this is hard to do and we ended the article with a short talk about letting go after playing.  Whether you play online poker or at a land based casino, if you’re giving all of your concentration to the game, you’ll have a lot of pent up energy and curiosity when you finish.

The Advantage of Playing Online Poker

When you play poker online, you’ll have all of your daily responsibilities to deal with when you finish your poker session.  This is a very good thing because your attention has already been peaked.  You’ll be able to see more than you saw before about some of the trickier things you have to deal with.  This obviously covers work projects but it can also cover personal affairs as well.

Unwinding or letting go involves a lot more than getting your to-do list for the day done.  It involves being curious about things that you might not have been curious about before.  And it involves taking care of yourself mentally and psychologically.  So, here are a few more tips for letting go or unwinding.

And you thought poker was just about evaluating hands and deciding when to bluff or if an opponent is bluffing!  Poker is a great way to get so peaked that you need to unwind and to satisfy your curiosity.

Afterwards, it’s best to find people to enjoy just spending time with.  In a great speech that you can see on YouTube, Simon Sinek speaks about modern life with all its gadgetry takes away from developing good interpersonal relationships with people.  So, after you’ve spent tine trying to get into the head of your poker opponents, spend time with people whose heads you decidedly do not want to get into the heads of.

You can Google anything but it’s nothing like asking a question of someone who has actually experienced what you’re interested in.

Even if you join a club like a chess or bridge club where there are competitive people, you don’t have to be as competitive as some of them are.  Play with the average players, for fun.

We always say that online gaming should be essentially fun but we know that poker against live opponents is a different kind of fun.

There are many clubs that are not based on competition.  A few examples are bird watching, bicycling, hiking, exercise, singing, books, and many more.  Spending time outdoors is in itself a great way to unwind.  It’s important to be someplace with fresh air.  A lot of trees around is also very good.  That’s why we mentioned some outdoor clubs.

The best time to fix something is when your attention has been peaked and poker is great at that if you have been really paying attention to the hands.  Robert Pirsig, in his great book Zen and the Art of Motorcycle Maintenance, wrote that a key first aspect of learning something or of solving any problem is simply looking at it.

After you’ve played poker, go to anything that need fixing and look at it.  You’ll be amazed the first time at how much more clearly you “see” it.  Subsequently, you will be not amazed but expecting to see the problem in a better way; one that is far more conducive to being solved.

We touched upon this a little above but it deserves its own section.  Poker is a great pastime but it isn’t exercise.  We need to be as physically fit as possible in order to play poker at the level we want to reach.  Exercise must never become an obsession.  Jane Fonda famously became obsessed with exercise as she had been with eating.  She had developed eating disorders and gave then up for an exercising disorder.

One of the best ways to use the peaked attention you developed whilst playing poker is to prepare a meal from scratch.  Naturally, you want to prepare the meal for at least one other person in addition to yourself.  A significant other or good friend would suffice for this form of unwinding.  You could also invite a small group to sample your kitchen handiwork.

We suggest deciding on the meal beforehand and buying all the products you’ll need in advance.  Then follow the recipes and go to town as a chef in the making!

When you begin a deep breathing exercise regimen, be careful not to overdo it.  Deep breathing can get you dizzy if you try to do too much too soon.

This could be learning a musical instrument or collecting something.  Some people travel and “collect” destinations.  Baseball fans might adopt as a hobby of sorts going to every stadium of a single league.  This can be quite expensive at the major league level but, in the minor leagues, it is quite reasonable.  Of course, you could do the same if you live in a country with other sports!

Do Something You Love

There are as many hobbies as there are things to do.  The best hobby is one that you love coming back to again and again.  It doesn’t matter what that wonderful hobby is as long as you can go to it after playing high-level poker.

All this is great advice even if you don’t play poker but it is especially good advice for those players who love poker, play it with the utmost seriousness, and then find ways to unwind healthily afterward.