Poker Betting in Early Position: Play Tight and Be Aggressive 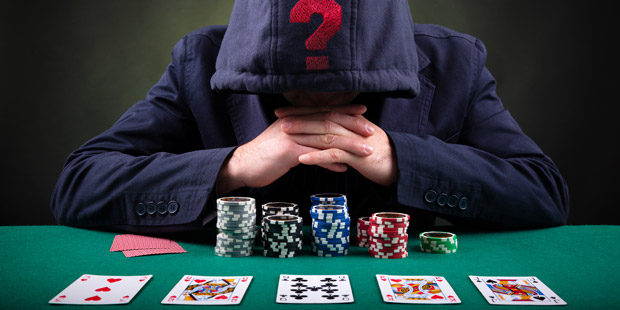 One thing that most tutorials reiterate often is to play tighter when you're in early position and more aggressively when you're in late position.  This is sound advice for the most part but it also seems to contradict the advice to stay unpredictable in your betting.

Poker Requires Flexibility in All Positions

Poker players need to be flexible even in situations where they are told to be wary.  This is especially true about betting in early position.

Try to Avoid Being Too Predictable

Predictable betting, whether you play poker online or in a land based casino, is the bane of poker players from grizzled veteran players to baby faced new players.  So, the best idea is to find the hands that you feel most comfortable playing and then to play these hands aggressively.

However, there are fewer hands that you'll feel comfortable betting on in the early position.  The trick is to expand your comfort zone in early position without going so far overboard that you turn yourself into a sitting duck to late position bettors.

Online poker players have fewer true tells they can read so they need to find other advantages over their opponents aside from reading tells.  One way to gain a psychological advantage over opponents is to develop betting habits or strategies that seem to contradict what most poker players would consider best practice for the hand and the betting position.

Evaluating Opponents at a Land Based Casino

At a land based casino, when the betting gets down to the turn or the river, you might study the opponent’s actions and facial expression to see if he or she is telegraphing strength or weakness.  Most players are good at maintaining a poker face pre-flop and often after the flop.

However, if you find a player who does show his or her hand strength in the early betting, use the information to your advantage without letting the player know that you can read them.  Still, in the early betting, especially if you're in early position, you can't count on an opponent to reveal the strength of their hole cards.  If they do, cash in as much as you can but don't count on tells helping you early on.

Because it is so hard to read players online, you need to fool your opponents into thinking that you are both an aggressive player and a tight player.

Whilst, we have been taught to play only a small handful of hands pre-flop, we need to expand that set of bettable hands in order to keep our opponents off guard.  We also have to remember that the YouTube clips we watch don't show the multitude of hands the best tournament pros fold pre-flop.  For every hand that someone plays with low suited connectors, there are a large number of hands that they would not dream of playing.

However, and this is very important, from time to time a good poker player bets outside of their normal betting pattern.

These are good cards to bet on in early position because they seem to show high card strength but instead show middling strength.  There are many flops that can help these hands and only really top players will be able to read the strength of such hands after the flop.

Using Opponents’ Stack to Your Advantage

An opponent's bankroll is a great help to early position bettors in determining whether they should raise with an intermediate hand.  A short stack may mean that the player has been betting wildly which may mean that they will continue to bet wildly or will from this point on try to conserve their bankroll.

You can often intimidate a player whose bankroll has severely dwindled into folding even with a hand that is statistically better than your hand. Preserving one’s bankroll takes precedence over all other aspects of the game at a certain point and they don’t know what you have.  If you feel that a player can be so intimidated, you can bet in early position with vastly inferior hands.

You need to use your opponents’ betting patterns to your advantage, especially if you feel that you can enter the fray in early position.  If a player almost always folds pre-flop in early position and plays a lot more aggressively when defending the blinds, you can use that information to control your own aggressiveness in early position.

For example, if you can stay in a hand for relatively little money with a low pair, you can possibly hit your set and if you don't you'll simply fold if the betting comes back to you.  It's extremely hard to identify a set when low cards come out in the flop.  Here again, the strength of the late players' stacks is important in deciding how you play relatively weak hands in early position.

Many players have difficulty evaluating hands like ace-king or king-queen.  Once again, knowing your main opponent’s' habits is more important than deciding what to do with such powerful hands.  Many players consider these hands to be of middling strength in early position.  These types of hands are powerful because of the high cards involved but they are also middling because they don't represent a pair and are actually much weaker than any pocket pair.

If your bankroll allows, you can try to get in a pot cheaply with a simple call in early position and then check to the bettor after the flop.  The key is to get in cheaply.  If you raise a modest amount with a borderline hand, and get re-raised, it is almost certainly time to fold.  But it also depends on the size of the re-raise and the overall skill of the raising opponent.  If you are sure that they are re-raising from a position of great strength then folding is the best option and the hand costs you relatively little.  If the opponent is simply defending his or her position in the hand, they may very well have a weak hand that a good flop will easily beat.