Poker is a Game of Traps 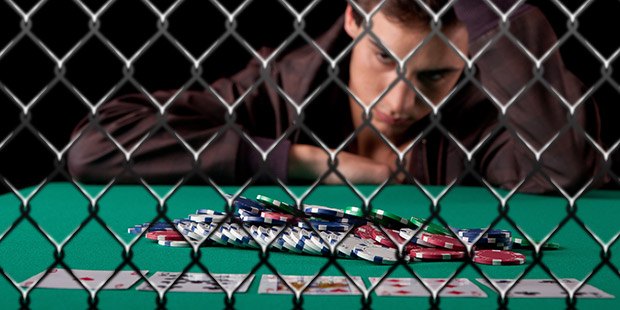 All poker players need to learn to detect and avoid traps.  However, there are two types of traps; gameplay traps for which the above advice is sound and personal traps which are harder to see and avoid.

How can Poker Players Learn to Recognize and Avoid Traps?

Let’s talk about traps!  We all know about the most common traps that new online poker players and even many experienced players fall into.

Playing too many hands is a sign of impatience.  Poker is a tough teacher and an unforgiving one as well.  It takes a long time to learn even the most basic elements of the game.  Once you have learned the rank of hands—the absolutely most basic aspect of poker— there is an entire universe of subtlety in every hand and situation.

It is also possible and even common for new players to play too many hands in a single gaming session.  To avoid this trap, play poker online.  You'll have a lot to do away from the poker table whereas at a land-based casino there is little to do besides gambling.

New players are taught repeatedly to play only the best hands until they have developed enough expertise to venture out of that range of hands.  Daniel Negreanu has said that if the top five players in the world sit down to play poker, the number five player will be the big loser.  New players need to see hundreds of hands before they develop the proper instinct to play outside the top hands pre-flop.

Baseball is not well known in most countries of the world so you don’t need to learn the sport to understand this next lesson.  One player throws the ball a distance of about 20 meters to a man with a special stick, called a bat.  The batter has to hit the ball racing toward him at 150 kph or faster.

The cliché is that a baseball player has to try his hand at hitting the ball thousands of times before he develops the eye-hand coordination needed to be proficient at the task.

So, avoid the trap of playing too many borderline hands pre-flop.  Slow down, get that experience that only playing thousands of hands can bring.

New players usually fail to understand the subtleties of betting from the many different positions they find themselves in as the deal rotates around the table.  Experienced p[layers usually have learned this lesson, often the hard way.

Learning the value of the various betting positions is a must for new players and experienced players need to constantly remind themselves of where they stand in terms of betting order on every hand.  For experienced players, constantly reviewing what they already know well is the same as musicians practicing their scales every day.  It’s a very necessary part of maintaining their professional edge.

New players are notorious for over-valuing their hands and for under-valuing their opponents’ hands.  The best advice is to accept and believe the wisdom learned by past and present masters of poker: there are many hands that are not good enough to stay with even if you fall in love with it.

Most new players over-compensate for their natural fear of bluffing by either bluffing too often or not bluffing at all.  It is necessary to bluff from time to time but you have to pick your spots carefully.

Players who are so afraid of being bluffed out of a hand they could have won will lose many hands that they should have folded long before the river.

Players who feel that they have to bluff often usually bet far too often.  In this area, the YouTube clips we all watch endlessly do a disservice to new players.  The clips show far more bluffing than actually takes place over the table.

Playing in Games that are Above Your Skill Set

As we said above about the five best players in the world, many new players make the mistake of playing in games that are either too rich for their level of skill and bankroll or are simply too high level for them.

The problem boils down to ego.  Many players, having read a few books and memorized some salient pieces of advice and strategy lines, feel that they are ready to challenge top players.  Usually, they are not ready.

There is nothing wrong with excelling at poker against weaker opponents.  European basketball provides a great example here.  Although very few outstanding players from Europe succeed in the NBA of North America, the players in the top European leagues take understandable pride in their achievements at a lower skill level.

The international star, Daniel Negreanu, thinks that tilt is the number one reason that people lose at poker.  He may be right.  We can divide tilt into categories.  There is anger, frustration, boredom, immaturity, impatience, eagerness, and many other elements that all contribute to tilt.

You need to know yourself better than anyone else.  As Shakespeare said, “To thine own self be true.”

This emotion may be directed at yourself for playing a hand poorly or at an opponent. Sometimes we simply do not like one of the players at the table.  If your anger doesn’t abate quickly, leave the game immediately.  Anger will cause you to make poor decisions.

This is the bane of many players.  If you’ve been folding a lot of hands in a row, you might simply stay in a hand with bad cards just because you’re bored.  If you’re bored, leave the game immediately.

This emotion comes about when you finally get a good hand pre-flop.  It also comes about when you hit the flop.  Any sign of eagerness is a giveaway tell that your hand is strong.  Players in late position will fold rather than go up against your high pair with their own suited connectors.

This is the emotion that has kept many excellent players from reaching the poker heights or staying there.  Immaturity comes from our everyday lives and is simply brought to the poker table.  If you know that you have a lot to learn, you have taken the first step in acquiring the kind of maturity that will ultimately lead you far away from tilt.

It’s worth it to grow up!

Every player is faced with traps every day, possibly on every hand.  We face traps in every aspect of life from driving in the rush hour to dealing with kids who simply won’t eat their beets or go to sleep, to parents or in-laws who insist that we follow their advice on every matter, to investments, and so on and so on.

Poker is just one aspect of life that is governed in many ways by players’ ability to avoid traps.