Poker Online in the US: 50 States and 1 Central Government = Massive Uncertainty 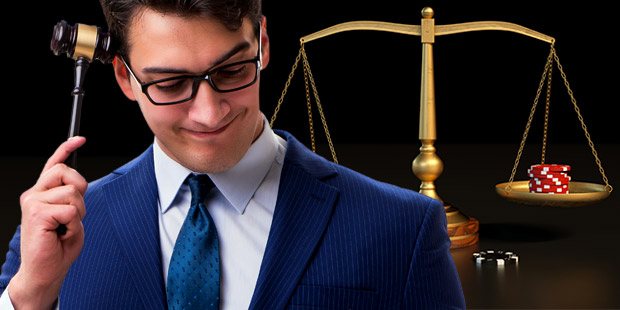 It seems that the Americans have an amazing talent for complicating the simplest things. This time, it’s about online poker.

Poker Online in the US: 50 States and 1 Central Government = Massive Uncertainty

The United States has so many jurisdictions and seemingly contradictory laws and interpretations of those laws that we cannot be sure what the condition of online poker will be next week much less next year!

So, the over-reach of the central government enters every area of American life, even something as simple as poker online! Many years ago, long before the internet was developed, the national government passed a law called the Wire Act that made it a crime to transfer money gained through gambling over the “wires”.

This law was intended by the Attorney General at that time, Robert Kennedy, as an important measure to prevent organized crime from transferring money over “the wires”. The Wire Act became law in 1961 after it had passed Congress and was signed into law by President John F. Kennedy.

Incidentally, John Kennedy was assassinated in 1963 and many have speculated that the assassination may have been done by elements of organized crime. If that is true, it might have been in response at least in part to the Wire Act.

So, PASPA allowed these four states to retain their legal sports betting operations. One state in particular, New Jersey, challenged PASPA on the grounds that it was in violation of the national constitution since it discriminated against those states that didn’t already have legal sports betting in 1992.

In 2018, the United States Supreme Court ruled that the challenge from New Jersey was correct and voided PASPA.

Further complicating the matter, the US Congress passed a law in 2006 called the Unlawful Internet Gambling Enforcement Act made it illegal for financial institutions to transfer money to online casinos. The background for the UIGEA was a ruling from 2002 that stated that the Wire Act prohibited the transfer of money from sports betting alone and not from money won or lost in “games of chance”.

In the eyes of the law, is poker a game of skill or a game of chance? The ruling from 2002 seemed to leave that question in a state of uncertainty. In 2006, the UIGEA appeared to clear up that question by declaring that all internet gambling would be subject to the law’s prohibition on transferring money through the internet.

The decision of the Department of Justice from 2011 purported to formally answer the matter of online casinos and especially online poker in the light of both the Wire Act and the UIGEA. This ruling stated that the Wire Act referred only to sports betting.

That indicated that it would now be permissible for the states, under the Wire Act, to legalize and regulate online casinos within their jurisdictional borders. Several states have done so since 2011.

All of this maneuvering leaves the future of online poker in limbo in the United States. It could be that the new interpretation of the Wire Act is also unconstitutional but even if it is, it would likely take years for the Supreme Court to get around to ruling as such.

We have confusion bordering on chaos in the online poker and the online gambling industries in the United States. On the one hand, the Supreme Court ruled that the law that had prohibited sports betting in most states was unconstitutional. We had the Department of Justice rule that the law prohibiting money transfers through the internet was illegal only for sports betting. Now we have a ruling that says that all money transfers through the internet for all forms of gambling are illegal under the Wire Act.

The state lottery of New Hampshire has already filed suit against the Department of Justice. The state of Pennsylvania had, in 2018, completed the process of establishing online poker within its jurisdiction. Now the state is waiting to see if it can finish the process and set up a system for online poker.

There are some analysts who feel that the Department of Justice is simply using scare tactics but does not intend upon enforcing its own ruling.

All in all, chaos reigns supreme in the land of the free and the home of the brave! So, for now, continue to enjoy our Everygame Poker site - and win a few big pots while you're at it!