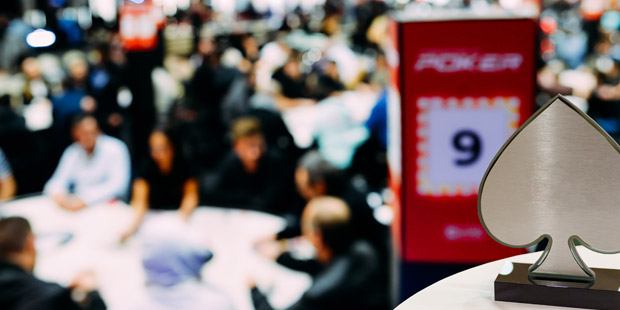 Getting Started at the Poker Tournament

The Buy-In is usually expressed as a sum of two numbers, like $10 + $1. That means you have to pay $11 to join the tournament, of which $10 goes into the prize pool and $1 goes to the casino so it can pay its electric bill and continue operating.

Some poker tournaments are freerolls, meaning the buy-in is free but they still award cash prizes. The prizes in freerolls are generally not huge, but still, it is something for nothing, which is almost always a good thing.

Regardless of whether you play poker online or in a brick casino, every poker tournament starts with all the players receiving an equal number of chips, usually in the range of 1,500 to 10,000 chips. Chips are not currency; a thousand chips is not equivalent to a thousand dollars. Chips are merely a device to keep track of how you are doing in relation to your opponents in the tournament. When a player loses all his chips, he is eliminated from the tournament. When all players but one have been eliminated, the tournament is over and the last man (or woman) standing is the winner.

Playing in an Online Poker Tournament

Upon registering, you will be assigned to a random seat at a random table. Most tournaments sit six or eight players at each table, although there could be as few as two or as many as ten. Depending on the number of players registered, multiple tables are often needed to accommodate everyone.

When all of the remaining players are consolidated into one table, this is known as the Final Table. In a big major poker tournament, just getting to the Final Table is considered a prestigious accomplishment by itself. As players continue to get eliminated, eventually there will be only two left. This is called the Heads Up stage of the tournament and it is always very exciting and nerve-wracking until one of the two players is eliminated and the other is crowned the Champion of the poker tournament.

In a very small tournament, a prize might be awarded only to the First Place finisher. In other tournaments, prizes can be awarded to the top three, the top ten, or the top one hundred finishers. Just make sure to read the tournament rules before you start so you’ll know what you need to do to finish in the money.

Have Fun and Good Luck!

Online or on land; low stakes or high stakes; Texas or Omaha—tournaments are a great way to enjoy playing poker while perhaps winning a real money prize. So find the poker tournament that seems right for you, have fun, and good luck!