The Sublime Art of the Bluff 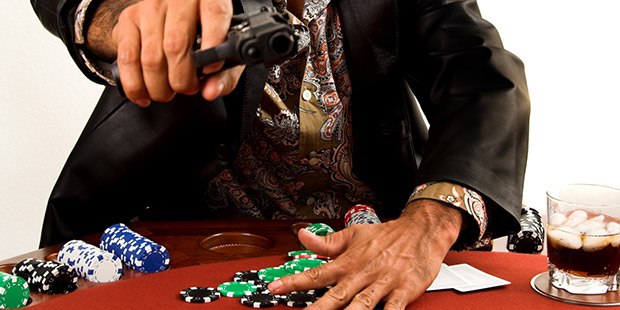 There are only two ways to win at poker. One is to have the best hand. That is a wonderful thing indeed, but it is something that you have no control over. It is determined by the random deal of the cards in the casino or the online poker room, and it does not happen often. In fact, at a six-player table, it is unlikely to happen more than 17 percent of the time.

The second way is to induce your opponents to fold. This is something that you do have control over, and this is where The Art of the Bluff comes in.

What Is a Bluff?

According to the dictionary, “bluff” can be a verb meaning “to deter or frighten by pretense or a mere show of strength” or a noun meaning “a false threat or claim intended to deter or deceive someone.” In life and in poker, a well-timed and well-executed bluff can bring big rewards, but it must be done correctly to pay off.

Anatomy of a Bluff: Daniel Negreanu in Monte Carlo

In poker, bluffing means playing a weak hand as if you had a strong hand, thereby causing your opponents to fold and giving you the pot.

Then comes the Flop: Ace of diamonds, King of clubs, and 4 of clubs.

The Turn was the 6 of spades.

And that is how Daniel Negreanu robbed the bank. With a worthless hand, a confident demeanor, and four aggressive bets, he pulled off the big bluff and won a big pot. Extremely well done.

You too can learn to win pots by bluffing. When you play poker online, facial expressions and body language are out of the equation, but you can still bluff with your bets. How much you bet and how quickly you bet are both factors in executing a successful online poker bluff.

Caution: Use It Rarely

The thing about bluffing is that it loses its effectiveness if you use it too often. After a few successful bluffs, the bank guards will catch on that your gun is a toy and they will tackle you and handcuff you and send you off to the penitentiary and the poker players at your table will catch on that your cards are worthless and they will call you and beat you at the showdown.

Used rarely and wisely, the bluff is a fantastic poker tool. Do it, but don’t overdo it. Have fun, and good luck!