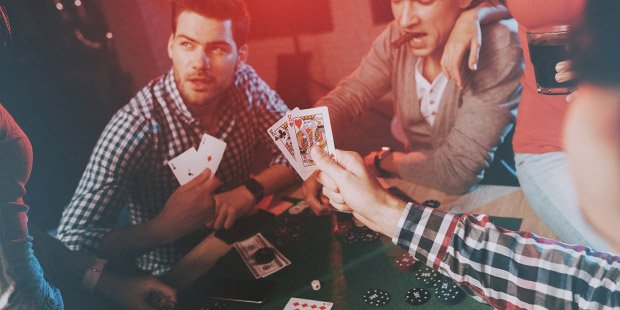 It is no secret that your position has a great impact on your winning odds when you play any style of poker, which is why that is considered as old poker news.

Experts have been trying to dissect every possible position to help players, rookies and veterans alike, to become better online poker players.

The blind is one of the most dreaded positions in the game – since it can either make or break you. But is this position as horrible as people make it out to be? It is time to take a closer look at the earliest position in poker play.

What are the Blinds?

When you play poker online, not every game has a rotating button (Texas Hold'em and Omaha Hold'em come to mind), as there is usually a fixed position for the dealer. However, the small blind and big blind positions rotate clockwise, to provide all players with equal chances of winning.

The purpose of these two positions is to force players to contribute money to the pot before the hand starts. That way, even if most players decide to fold pre-flop, some money will still flow around the table. Players with weak hands will have to think twice before folding, as they are already invested in the game, which makes the game more exhilarating.

All You Need to Know About the Blinds

If you find yourself in one of the blind positions, your entire game strategy has to change. At those early positions, you are at a big disadvantage: you will have to place a bet no matter what cards you have and without knowing what the other players are going to do.

Although this position will allow you to scout the competition before the flop, you will still be the one to act first on each round. Naturally, the small blind is in a worse state than the big blind, and the latter has better betting odds than the earliest position.

That means that if you are in the small blind position and you need to decide whether to call a raise or not, you must have a better hand than in a scenario where you’re the big blind.

Imagine you’re in the small blind position. You’ve invested money in the game, and someone in a later position raised the bet. Now you need to decide whether to fold or to defend the blind – what should you do?

As a beginner, you should defend the blind only if you have a solid pair of cards – a combination of aces, royal cards, and 7’s. If you are in the big blind position, meaning you've already invested even more in the hand, the range of cards you defend can expand to pairs with lower values.

But the most important thing for you to remember is that you don’t have to defend your hand at all costs. Sure, you’ve invested a small amount of money in the game, but in the grand scale of things that sum is of no consequence to you.

Don’t feel obligated to keep raising just because of some misguided notion of commitment. Feel free to fold if that’s what is best for you, and wait for the next round to try and win the pot.

However, if you feel confident you have adequate poker skills, you can use this early position to psych out your competition into believing that you have a stellar hand. If you raise, you will either force the other players to raise as well, adding more and more money into the pot, or make them fold and get some dead money in the game.

Read the atmosphere at the table, try to figure out what the other players are about to do, and make calculated choices.

Test Out Those Theories

Now that you know what the blind positions are all about, how is your gaming strategy going to change?