What Kind of Poker Player Are You? 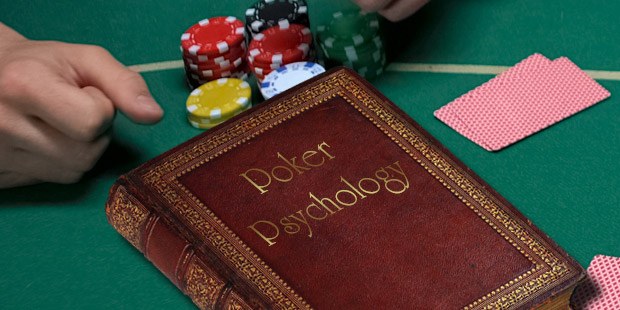 When you play poker online, you are bound to meet different types of players. Knowing what kind of player you are and what to expect from your opponents is crucial when you plan your gaming strategy.

Every players’ performance is assessed in two different categories:

There are four types of online poker players that are determined by where they fit in both categories. Do you want to learn what kind of player you are?

The Rock – The tight-passive players rarely play a hand, and only if it’s a good one. On top of it all, they are not in the habit of raising. If they have an unfavourable hand, they will probably fold pre-flop. So when they start raising and taking an active part in the action – you should be wary.

Those players are often described as players who are scared of losing, which is why they avoid any risky situations.

The main advantage of being a tight-passive player is the reduced chance of losing money. If you don’t take many risks, you won’t experience bug downfalls. However, that also means you won’t win a big pot as well. Seasoned players know how to spot a Rock from miles away, which means that they will automatically fold - leaving you with fewer chances of raising the pot - or keep playing if their hand is strong.

The Calling Station – The loose-passive poker players bet on different types of starting hands, but they are reluctant to raise and put their money at risk of their own volition. If other players raise, they tend to check, but they won’t show initiative in this department.

Those players tend to mimic the behavior of their opponents, which is why they are an easy target if you have a powerful hand. You will be able to draw them deeper and deeper into the betting game, making them add money to the pot when you’re 99% positive your hand will be the winning one.

Being a loose-passive player is perfect if you are in the company of very aggressive players, but it can also be a disadvantage. Since those players tend to bet even on weak hands, they often lose some cash to players with stronger hands.

If you encounter a Calling Station, remember that you won’t be able to bluff them in the hopes they will fold. They will only keep raising the bets, so don’t get into this match if you have a weak hand.

The TAG – The next kind of online poker player is the tight-aggressive gambler. The TAG only plays a few carefully-selected hands, but he is not afraid of raising and challenging the competition. He rarely calls as his strategy is to intimidate the other players, and gambling against the TAG is a risk.

Those players are patient, and they look for the right opportunity to strike and hit hard. The best poker tight-aggressive players are often called Sharks, as their strategy is often the most effective. If you encounter a TAG player, you should try to steal their blinds whenever possible. If the tight-passive players place a bet, you should fold unless you have a strong hand: AA, KK, QQ, and sometimes a JJ or AK.

The LAG – Last but not least, there’s the loose-aggressive player. Those players are unpredictable as they tend to bet even when their hand is far from good, and they are not afraid to take a risk. They keep raising time and time again, and it is hard to guess what kind of hand they have.

It is very hard to read the LAG, which is why lots of players adopt this gaming persona, but it is also a risky choice. If you don’t fold in time, you might find yourself in trouble after raising too much and lose a lot of money in the process.

If you find yourself competing against such a player, you need to be careful with the bets you make. When the LAG has a later position than yours, you can check and wait to see what the other players do. If your hand is strong enough, you will still have a chance at winning the game.