Stop Fearing the Scare Cards While Playing at Everygame Poker 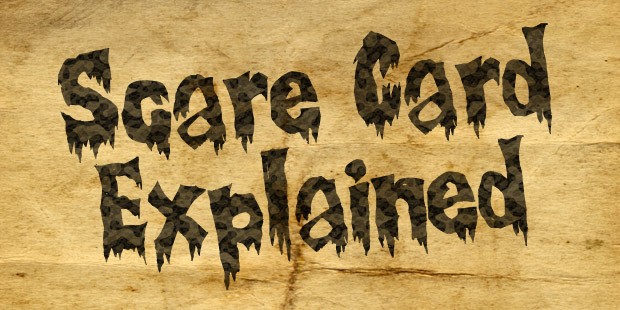 Online poker is all about anticipating the unexpected and knowing how to deal with those types of situations. One such situation you can encounter is when you think you have a winning hand - until the turn or the river prove you otherwise.

That is why you should get familiar with scare cards. As the name might suggest, most players shake in their boots when those cards appear on the table, as they have the potential to turn a good hand into a useless one.

Imagine that you have two aces at the beginning of the game as you play at Everygame Poker – which is not too shabby! And then comes the flop. The cards that are revealed are the nine of diamonds (9♦), the queen of hearts (Q♥), and the four of clubs (4♣).

Up to this point, you still had the potential to get the winning hand. But then the turn changes everything, as the next card in line is the eight of hearts (8♥). Now that the new community card is on the table, it has the potential to complete a straight, as long as one of the other players has a 10 and a jack in their possession.

Now your aces might not be the strongest cards on the table, and the odds change drastically. How should you react if the scare cards appear when you play poker online? Learning how to deal with those unpredictable scenarios can help you improve your poker play to no end.

Once the scare card is revealed, you have one of two options: stick to the hand you have in the hopes that it is still good enough, or fold and admit defeat.

A lot of newbie poker players will choose the latter option, as they are often more pessimistic and don’t believe they have a chance to win.

Don’t go down this depressing rabbit hole, as the feeling is merely a figment of your imagination, and your opponents might not even have the necessary cards to complete a straight.

Therefore, you could still win this hand, as long as you stay positive and take the right course of action. The best thing you can do is make your opponents believe that the scare card was useful to you and that you now have an even stronger hand than before. That is the perfect time to bluff, but you should only do that if the action feels like a natural turn of events.

If you often bet on the turn and river, even when your hand is weak, players will be more inclined to call your bluff. But if you take a cautious approach and only bluff when the scare card appears, the rest of the players will think twice about challenging you.

When you think about it, the game is all about how the other players see you. Poker is a mind game, and you can use the scare cards to your advantage – or lose everything by sending out the wrong signals.

Scare cards might look terrifying to you, and there is no shame in folding when such a card appears. However, if you take the time to construct an image of a prudent player, you might use those cards to intimidate your competition.

Are you ready to have some fun with the most unpredictable cards on the table?