How Can Leverage Give Me an Extra Advantage against Most Players? 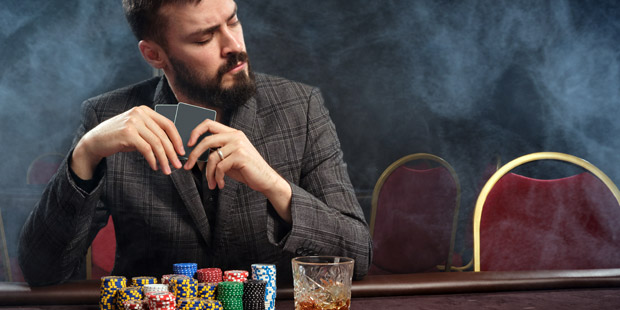 The term leverage became widely used in the last two decades, usually in a business sense.  It usually means borrowing money to make an investment.  The assumption is always that the investment will be worth more than the cost of the loan.  In poker, leverage is different since you can’t borrow money.  It means using every possible advantage you might have to win a pot and set the stage for future wins.

Are There Many Ways to Leverage Poker?

We have been publishing short articles as part of an overall tutorial series for new poker players.  In this article, we’ll talk about how you can identify opportunities for leverage and then use it to win.  In this context, opportunities for leverage are real poker bonuses.  Most new players, especially, never use leverage and you can often have an advantage over them for just that reason.

As a new player, there is a great deal to learn.  We assume that you have started playing in relatively low-stakes games probably against other players who also have little poker experience.

Many of these new players will just be playing for fun.  The lower the stakes are, the more likely the players are just playing for fun.  So, studying them becomes a very powerful leveraging tool for you to use.

Many people think that it is impossible to study online poker players.  This is also a mistaken assumption, one that you can often use to your great advantage.  Online poker is poker in every sense.  Paying attention to your opponents is just as important in an online game as it is in a land-based game.

Learn from Every Hand

When you start out, you need to develop good playing habits.  Most players who start out at the games with the lowest stakes advance at some point to games with higher stakes.  Those players who develop keen observation skills and learn how to arrive at sound conclusions just through observation have an immediate and discernible advantage over those players who waltzed through the low-stakes games.

Even in low-stakes games, the players who bet toward the end of the rotation have a big advantage.  You can view this advantage as a type of leverage.  You need to learn how to use your position to intimidate players who can be intimidated.

By the same token, when you bet in early position, you need to be able to identify a late position player who is trying to intimidate you with a poor hand.

Aggressive play is a very powerful form of leverage but it can also be misapplied.  You need to learn when aggression will work and when it won’t.

You can leverage the size of your stack against an opponent.  The most powerful aggressive move is to go all-in even if your hand is not particularly strong.  A player with a marginal hand but a short stack will usually fold against a strong all-in play simply because they want to preserve their stack.

Short stacks players are almost always looking for a hot streak where they get good hands several hands in a row so they can get out from under the short stack.  Often, these players become very aggressive if they do hit a hot streak.  In most of those cases, the aggressive play is not warranted but the player feels so good at having hit a hot streak that he or she overplays a few subsequent hands.

Poker is a Zero Sum Game

In poker, when one player wins, all the other players lose unless they folded with at no cost.  Folding, then, becomes a form of leverage.  You conserve your money for the time that an “investment” makes more sense.

If you don’t fold when you should, your bankroll will be too small to fully take advantage of that golden opportunity that comes only once in a while where you have a great hand that only the most discerning opponent can see.

Folding also gives your opponents a read as to your tendencies.  You can use your own tendencies as a form of leverage.  The pros do this all the time, playing really poor hands in early position.  They do so to throw their opponents off because at the highest level of poker all of your opponents are very observant and can read most amateurs like a book.

So, the top pros will bet with nothing hoping to get to the flop cheaply.  You can do the same but you also have to keep in mind the tendencies of your opponents and the size of your stack.

The Mathematics of Poker

Mathematics came into poker only about twenty years ago.  Of course, before then players could more or less calculate pot odds but the math of poker is a lot more complex than simple pot odds.

There is a similarity in baseball.  Until about twenty years ago, there were many conventions regarding the talents of baseball players and the soundness of many baseball strategies.  Almost fifty years ago, a manager called Earl Weaver, began to go against conventional wisdom.  He rarely tried to bunt a runner to second base.  Earl Weaver’s basic strategy on offense was that three-run home runs were a lot more valuable than scratching out a run with a sacrifice bunt and a looping single.

He played for three-run home runs.

Today, there is a massive mathematical side to baseball.  Players and situations are evaluated based on a complex set of theories and ideas all based to some extent on math.

Poker players used to have a strong sense that intuition, observing tells, and other highly subjective strategies were the best strategies for winning.  The math of poker teaches that it is the objective mathematical truth of any hand at any stage in the hand that should determine your course of action in a very large percentage of cases.

We will get to the mathematics of poker slowly but inexorably.  Poker math is, in the modern poker world, the greatest form of leverage you can learn and use.