How Can I Win at Very Low Stakes Poker? 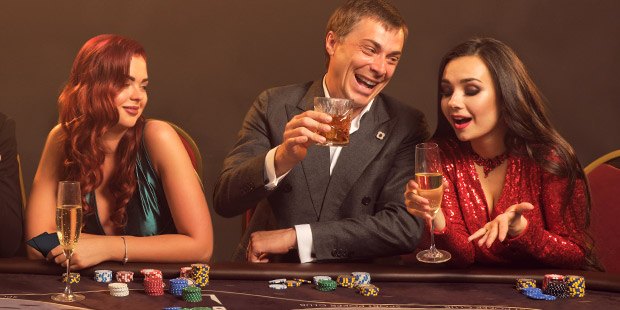 Nathan Williams is a poker player who parlayed great skill at super-low stakes poker into a blogging business through which he makes a comfortable living.  Here is his story and a few tips for playing low stakes poker.

It is hard to win enough to make a living at low stakes poker yet Nathan Williams did exactly that.  In fact, he concentrated all of his efforts on winning at very low stakes poker.  The stakes at which he made the most money were .01 and .02 cent blinds.  He also won a lot of money at slightly higher stakes.  But at slightly higher stakes, but still relatively very low stakes, he lost money.

In this article, we will talk about his insights into how super-low stakes poker may be the best online poker for you so that you can learn to play poker online like Williams and not like the players he beat again and again.

The first insight he had was that at the very lowest stakes, the players are the most casual.  They are loose with their money because even if they lose, they don’t lose much.  Williams learned a lesson that also is at the center of what is called supply side economics: if the cost is higher, even slightly higher, some consumers will change their behavior.

An entire literature has developed showing how even wealthy people will change their behavior when the cost of any economic decision goes up but the broader economic approach called supply side is outside the purview of this article.  Here we are looking specifically at poker.

In poker, changing behavior as the cost goes up means that even at low stakes but not the very lowest stakes, the players start to play better, to pay closer attention, and to care more about winning and losing.  When the stakes are at a low enough level to remove all care from the players, the players tend to be those who simply don’t care.  They play for the fun and joy of playing poker.

This was the attitude that Nathan Williams rode to fortune and fame.

Playing Hours at a Time

In order to win a lot at penny blinds Williams had to play in many games at the same time.  He played thousands of hands every day.  He is also quite bright so he learned quickly and was able to make fast decisions when it was his turn to play and to glean lessons from the other players’ actions when he wasn’t playing a hand.

We tell poker players that they have to play a lot of hands to get to the level they hope to reach in poker.  Williams played the requisite number of hands simply by entering as many games every day as he could.  In every game at these extremely low stakes, he had a big advantage over his opponents.  He had learned that they were quite willing to part with some money as long as it wasn’t a lot of money and as long as they were having a good time losing!

So Williams entered games as the guy who was out not to just have fun but to win small amounts every time out.  The money took a long time to pile up but in the end it did create some tall stacks of cash for him!

Only for the Young

Williams was able to sustain his mega-hectic poker playing schedule for just a few years.  Today he is in his 40’s.  He lives in low-cost Thailand and thanks to the internet can connect with poker players from all over the globe.  Williams has a website, a YouTube channel and has written books about winning at super-low stakes poker.

Low Stakes are Not for Tight Players

One of Williams’ insights is that when he played a tight style in his first forays into online poker, he lost.  Tight styles draw out very good players.  As a neophyte player, he was unprepared to play against even slightly better players even at low but not super-low stakes.

At super-low stakes, there are no tight players.

Williams says that his expertise at very low stakes came about almost by accident.  He found it easy to win at those stakes so he simply entered as many games as he could.  He played all day, every day, and won slowly but surely.  He wrote his first book in 2011 and was somewhat surprised to discover that it was a hit among low stakes poker players.

Poker as a Hobby

Williams compares the average very low stakes player to a hobbyist.  A person with a hobby will spend time and money on his or her hobby.  Some hobbies are very expensive and some are low cost.  Low stakes poker is a low cost hobby of sorts because how much money can you lose when the blinds are one and two cents?

The non-bettor will watch while drowsing off.  He will stop watching to do something else.  He doesn’t care so much.  The bettor, on the other hand, watches intently.  He won’t bet on a game that he can’t follow in real time.  He cares deeply.

In poker, the super low stakes players are the ones who don’t really care but at even slightly higher stakes, the players care deeply!

It is a lot harder to bluff in super low stakes poker.  As such, the games take on some of the elements of video poker or casino table poker.  You have to know when to fold your cards because someone in the hand will have a good hand and will win.  You will be that someone as often as anyone else in the game so conserving your losses will ultimately be the formula for consistently winning at these stakes.

When you have a good hand, you just need to know how much to raise to keep the amateurs in the hand.

Williams started playing super-low stakes poker when he was just out of college.  He was young and had limitless stamina.  He played from a few thousand to as many as ten thousand hands a day.

Winning in increments of a few cents at a time is certainly a grind and it isn’t for everyone.  Williams’ success does show that the lowest stakes in poker attract players who are the most likely to play without any concern for losing.