How Can I Avoid Bad Luck? 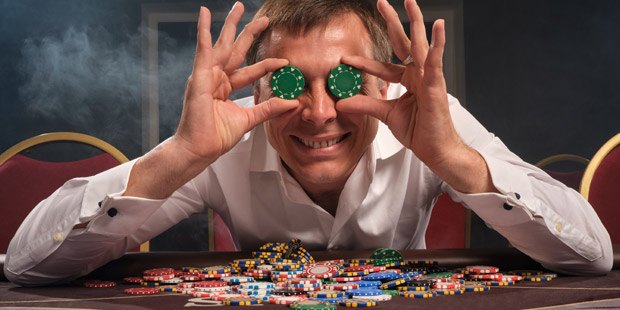 Poker is one of the hardest games of skill to master.  It is quite ironic, then, to realize that in order to become skilled at poker we need to also learn how to avoid and prevent bad luck.  This insight is especially important for new online poker players.  But what does luck have to do with it?  Isn't poker a game of skill?  Well, let's see.....

How Can I Create Good Luck?

Let’s rephrase the statement above in a more positive manner.  We need to cultivate good luck!  This is actually the first great insight that will make you a much better player every time you play poker online.  Here are a few tips for achieving that elusive good luck pattern.

In poker terms, the opposite of staying positive is to succumb to tilt.  Tilt means losing the emotional stability that allows you to properly evaluate a hand.  Tilt has become something of an issue in many societies.  Road rage is a form of tilt.  Airplane rage is another.

Tilt brings bad decisions almost immediately.  In poker, tilt means that you lose a few hands.  During those hands, you are likely to make poor evaluations.  Thus, tilt brings about bad luck whereas staying in control of your emotions brings a form of good luck.

We also tell new poker players to watch every hand, even, perhaps especially, the ones you aren’t playing.  It is a rule of thumb that players will fold before the flop about 70% of their hands.  But every hand can be a learning experience - even if you're not playing the hand.  When you fail to stay positive and go on tilt, you lose the learning experiences you need to get better.

Finally, staying positive means enjoying the games, even the unexpected and hard-to-take downs.  The ups are easy to take.  But if you can smile after a bad beat, you will be fully able to make the right decision the next time.

Bad Luck is Usually the Result of Bad Decisions

After the previous discussion, this might seem obvious.  In that section, we explained that bad decisions often follow bad luck.  The lesson here is that bad decisions and bad luck feed on each other.  You will have a lot more good luck when you learn how to make the best decisions on every hand.

Even small degrees of self-discipline can go a long way to keep you from making the impulsive bet that brings “bad luck” down upon you.  There are many clichés that say the same thing.  One is: “Don’t throw good money after bad.”

The top poker players know that once their money is in the pot, it no longer is their money.  This is the essence of pot odds where you decide whether to call or fold based on your outs and the size of the pot.

Many players find it hard to fold a borderline hand.  The poker clips on YouTube are often about a good player who has difficulty folding a good but losing hand.  It is only discipline in determining your next move that prevents players from making poor call bets when the correct action is to fold.

Discipline also involves studying poker.  Studying is never easy.  We need to stay disciplined in order to put in the time we have set out for ourselves to review hands and study the minutia of poker strategy.

You might set a goal of becoming good enough to play in a higher stakes game than you can play in now.  But you should always play where you can win more often than you should expect to lose and where the losses will be affordable.

Good businesspeople make decisions in the same way.  When they go above their means, they bring bad luck upon themselves.  In the United States, Kmart overextended itself and ended up going from solvency to insolvency in a few years.  Just recently, Proctor and Gamble ran an ad campaign maligning the type of men who bought the company’s shaving and grooming products.  In a very short time, the company had lost billions of dollars.

These examples epitomize the error of bringing “bad luck” upon oneself by overestimating the “stakes” one can “play” at.

Pay Attention to Your Opponents

New players especially have such a challenge evaluating their own hands that they often don’t pay attention to their opponents.  Good luck often comes from “knowing” your opponent.  When you play poker online, you might find that the same players are often playing at the same time that you’re playing.

By observing their behavior, you can gain an edge on them in certain situations.  These situations may be very subtle.  Only the keen observation that you make over time might be the key to making a bet that wins a lot of money.

In other cases, the situation is not subtle at all.  A player may be making a very poor call or raise.  By understanding the situation, you might be able to get the player to call or raise another large bet, thus winning you a lot of money.

Poker is Not Fair

Sometimes the only card that can beat you will come out.  Sometimes, you have a lot of outs relatively speaking and none of them come out.  Sometimes you’ll fold a hand before the flop only to see that the flop would have given you the nuts.  Recognizing that poker is "not fair", allows you to stay within yourself and get ready for the next hand.

Every Hand is another Grand Opportunity

This attitude allows you to see the big picture in the clearest possible way.  We say that every hand is a GRAND opportunity, not just an opportunity.  Recognizing the grandness of poker is also a big step towards directing blind luck in your direction.