The Women in Poker Hall of Fame 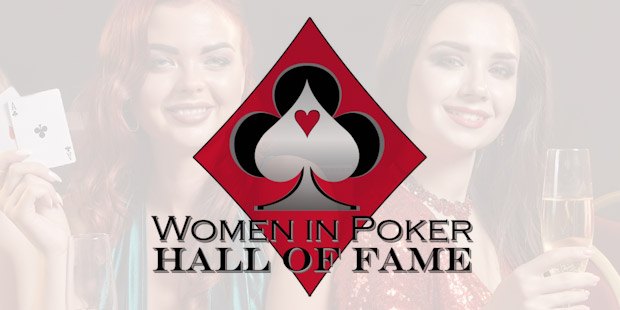 The game of poker has traditionally been dominated by men, but that doesn’t mean women can’t play poker. In fact, women have proven that they can play both land-based poker and online poker at the highest levels. And the best women poker players, along with other women who have contributed in some special way to this amazing card game, are honored in the Women in Poker Hall of Fame.

It Started with Lupe Soto

Lupe Soto was busy pursuing a successful career as a professional therapist and social services administrator in San Diego when she started, on a whim, to play poker online. Before long, she was a full-fledged poker enthusiast. She developed into a good poker player, certainly an above-average poker player, but she was never a great poker player.

Lupe Soto’s greatness lies elsewhere: as an indefatigable organizer, motivator, encourager, and administrator. In these areas, she ranks among the very greatest. She founded the Poker Chix online poker forum for women long before there was a Facebook. She founded the Ladies International Poker Series (LIPS Tour) and its successor organization, the Women Poker’s Association. She founded the Poker Gives charity fund. And on May 1, 2007, she founded the Women in Poker Hall of Fame, which has been growing and thriving ever since.

The Mission of the WiPHoF

The official Mission Statement of the Women in Poker Hall of Fame states:

“The Women in Poker Hall of Fame is an international entity commemorating women of outstanding performance in the poker world. Its purpose is to enhance awareness and celebrate contributions and achievements of women in poker as recognized and respected representatives and proponents of women in poker.”

It is an ambitious mission they have undertaken, and they have clearly succeeded to a truly remarkable extent.

The Honored Members of the Hall of Fame

The first four members of the Women in Poker Hall of Fame—Barbara Enright, Linda Johnson, Marsha Waggoner, and Susie Isaacs—were inducted in 2008. As of 2018, there are twenty-one members of the Hall.

Most are championship poker players in their own right; many have won World Series of Poker bracelets. Others include writers and editors at poker magazines, announcers and commentators on poker television programs, executives of online poker sites, and administrators of various non-profit poker organizations.

Each of the members is unquestionably deserving of holding an honored place in the Women in Poker Hall of Fame.

Two new members were inducted into the Women in Poker Hall of Fame in 2018: Maria Ho and Lupe Soto.

Maria Ho is one of the world’s greatest currently active poker players. She has earned close to 4 million dollars playing poker and has achieved numerous final table results in World Series of Poker, World Poker Tour, and other top international poker events.

Lupe Soto, as we know, is the founder of the Women in Poker Hall of Fame, and it was altogether fitting and appropriate that she herself, in recognition of all she has accomplished for the benefit of women in poker, should be so honored with her own induction at the Hall of Fame’s tenth anniversary celebration.

An Inspiration to Us All

The women of the Women in Poker Hall of Fame are an inspiration to us all. Regardless of whether you are a man or a woman, and regardless of whether you play poker online or play poker in a casino or even if you don’t play poker at all, you cannot help but be impressed by the greatness epitomized by this extraordinary group of women. They are—each and every one of them—truly special women and truly special human beings, and that is why we salute them.