All About Omaha - The Best Online Poker After Texas Hold’em 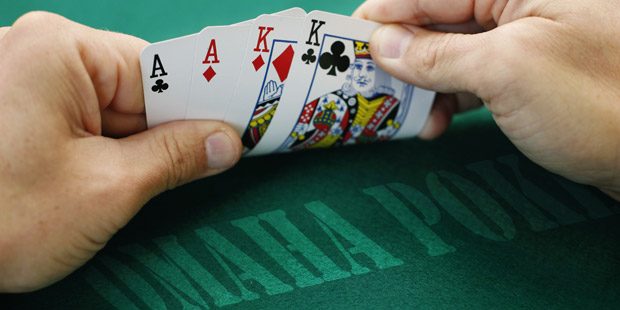 Based on player numbers and tournament events, Omaha is one of the best online poker games on the planet.  It has the buzz of Texas Hold’em but there is a two-card rule that’s the viper in the pack.

When you play poker online with Omaha in the name you have to use precisely two of the four hole cards to create a five card hand – no more and no less!

Where was this supersonic version of Texas Hold’em born and who are the pros who have got the game down pat?  Let’s take a quick look at the facts, rumours and innuendos swirling around a card game that has more players tipping their hats at poker than ever before.

Anybody who is anybody on the poker scene will tell you Hold’em from Texas is the best online poker by far.  This may be true in some respects but for the players who have cut their teeth on Omaha High and Omaha Hi-Lo there is only one contender for the title of poker king.

The Diverse Origins of Omaha Poker

Before we get into the how and why let’s begin with the where.  We all know Texas Hold’em was invented in a nondescript town called Robstown near Corpus Christi.

Well if Hold’em originally came from Texas then surely the funky four card variety was born in Omaha Nebraska?  Wrong!

In fact, the opposite is true.  The precursor of the game we know and love as Omaha was a five hole card pretender to the throne that first saw the light of day in 1970s Detroit.

Fortunately, somebody with smarts realised just four hole cards would transform a dead-eyed dud into one of the best online poker games of all.

The new and improved version of the game was called all sorts of names based on geographical location.  It was ‘Nine Cards’ in the State of Washington, ‘Oklahoma Two by Four’ in Oklahoma City and ‘Fort Worth’ in Dallas Texas.

The guys who would eventually level up and play poker online clearly weren’t all that creative - or even clever - when it came to choosing catchy names.  Duh?

That’s a given but quite how they got around to calling the four hole cards ‘Omaha’ is beyond me - but I guess that’s the same for the flop, turn and the river!

Chip Turner or the Lady with the Dragon Tattoo?

When the game hit the bright lights of Vegas in the early eighties, it was known simply as Omaha - short, sweet and a big up for the Nebraskans who had nothing at all to do with it!  Who brought it kicking and screaming to Sin City?

Well, one rumour suggests a rather murky, heavily tattooed character from the Far East introduced the game with a nod and a wink - but that is not how the best online poker rolls.  No siree!

We now know for sure that a pro poker player called Chip Turner gave Bill Boyd the heads up.  Boyd - who himself was a professional poker player - was manager of the Golden Nugget card room at the time.  He gave the game a trial run… and the rest as they say is history.

Now you can play poker online with exactly the same rules and x-factor that had Boyd and his buddies enthusiastically introducing Omaha into the tight knit poker playing circles in Nevada!

Who was Chip Turner in the greater scheme of things?  Well over his career he won the Grand Prix of Poker and a WSOP bracelet but - irony of ironies - it was for Seven Card Stud rather than Omaha!

The Grand Masters of Omaha Poker

Has anybody really mastered the art of playing the heavily handicapped Hold’em with four hole cards?  It clearly wasn’t Turner or the lady with the dragoon tattoo.

However, there are a few big names who are considered the greatest Omaha players of all time.  Here is a roll call of the best online poker players in terms of Omaha limit and pot limit games:

Phil Ivey is a legend in his own time.  He is the first player ever to beat the inimitable Amarillo Slim in a heads up and his 10 WSOP bracelets elevate him to poker superstardom.

Together with luminaries Doyle Brunson and Johnny Chan, the man known as the Tiger Woods of Poker has the second most WSOP titles of all time.

This guy knows how to play poker online and in the live tournament setting - whether it’s Omaha, Stud, or Texas Hold’em.  Of his 10 titles at the World Series of Poker, two are for Pot Limit Omaha!

The Poker Hall of Famer is widely regarded as the Omaha GOAT.  With more than $25 million in tournament winnings and millions more from celebrity-infused cash games, Phil Ivey is the best live poker player of all!

Barry Greenstein is a cerebral kind of poker player.  Along with a degree in Computer Science the five-time tournament title winner studied for a PhD in mathematics.

He won one of three WSOP bracelets for Pot Limit Omaha and since then has been a regular on PokerStars, Poker After Dark and High Stakes Poker.  Greenstein is the best online poker player in terms of appearances and cash in the bank.

To date he has scooped up more than $9 million in tournament winnings, much of which has been donated to various charities.  Besides his prowess at playing poker, Barry Greenstein is a modern-day Robin Hood!

Dallas native, Robert Williamson III is known as Mr Omaha.  Although the 48-year-old has only won a single WSOP bracelet he has had some memorable finishes playing Omaha at the World Series of Poker.

Williamson may not be in the same league of giants like Phil Ivey and Barry Greenstein but he has made more than $2 million as an out and out Omaha specialist.  Does Williamson have the makings of the best online poker player?  Only time will tell.

Vegas resident Ryan LaPlante may not be an Omaha specialist - far from it - but he has won the largest live Pot Limit Omaha tournament in history.  The Minnesota born and raised poker pro banked $190,328 and a WSOP bracelet in 2016.

What made LaPlante’s achievement all the more remarkable is that he had a short stack of just 13 big blinds when he went to the final table!  He also confessed afterwards that Omaha isn’t really his game.

LaPlante has over $2.2 million in live tournament winnings plus a few big online poker cashes.  Can he become the best online poker player of the future?

LaPlante is an ambassador for CardsChat.  He has also launched a poker training site.  In my book that means he has got the pedigree to play poker online and win!