Three of the Best Online Poker Players in 2019: The Fairer Sex 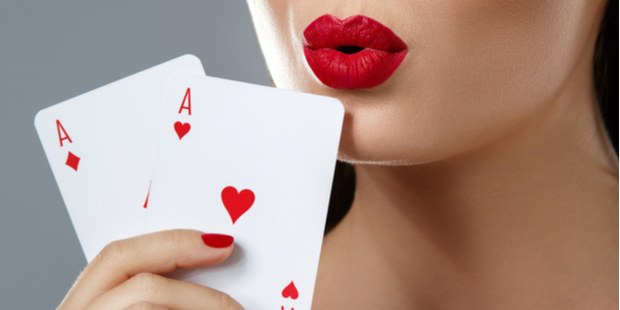 For more years than we can remember poker was the exclusive domain of men.  From the grizzled cowboys in the Wild West to the elegantly attired Englishmen with their bow ties and bowler hats, it was only the hirsute, hairy and testosterone fuelled members of the male gender who anted up pre-flop.

Now there are several generations of equally smart women trained in the fine art of deception who are ranked among the best online poker players in cyberspace.

Some have since retired to a life of luxury; well-attended TED talks and the cut and thrust of big business while others have migrated to Las Vegas and are raking in millions of dollars playing high stakes cash games.

Notwithstanding their gender, the best poker players will tell you that the rite of passage to bigger and better things is to play poker online.  Why?  It’s the best possible poker environment in terms of learning, strategizing and fine tuning your game.

It’s like the kindergarten of pro poker or the next obvious step after the low stakes college games that are almost always the first serious hook before the full-blown addiction.

Play poker online for a couple of years and hit the top of the best online poker rankings and there’s more than enough money and oodles of confidence to tackle the big-league live tournaments hosted by the likes of the EPT, WPT and WSOP.

Many of the best online poker players end up with a plethora of money finishes, final tables, WSOP bracelets and championship titles. Just ask anyone who plays poker online at Everygame Poker and you’ll hear all the positive stuff directly from the mare’s mouth!

For these prodigious poker babes, the obvious step is to level up to the privacy and multi-million pots of the clandestine cash games hosted by superstars and celebrities.

When that happens, they largely fly under the radar and disappear off the rankings tables… but they are out there, silently raking in the big bucks.

Who are the women who have earned the right to be called the best online poker players?  Here’s our pick of players who have worked their way through the ranks to become stars in their own right:

Krissyb24’s rise to fame and fortune was exactly on script.  She fell in love with poker at college in Ontario and took the plunge into the magic of the World Wide Web when she signed up to play poker online - and did she play poker!

Over a three-year period, Kristen played around 2.5 million hands of poker a year - that’s more than 48,000 hands a week or 6,868 hands of poker a day… every day!  Her tenacity clearly paid off as the card junkie from Canada bagged the first of two WSOP bracelets at around that time.

Kristen’s strategy to play poker online and transfer her formidable skills to live tournament events has seen her soar to the top of the 2019 Global Poker Index (GPI) rankings.  It has also ensured her bank balance is way in the black.

To date the 32-year-old has won more than $4 million in hard cash!  What that tells us is Kristen Bicknell is without a doubt one of the best online poker players in 2019.

If you want to be like Bicknell and win buckets of cash, start playing Texas Hold’em or Omaha in the real money mode at Everygame Poker right now!

Liv Boeree aka Iron Maiden is one of the most successful female poker players of all time.  Her rise to stardom was however kind of counterintuitive compared to most of the other pros.

At university in Manchester her focus was strictly on astrophysics rather than cards and she was only introduced to the manifold delights of poker when she was selected to appear on the reality TV program UltimatePoker.com Showdown.

Once the bug had bitten, Boeree launched herself into the European Poker Tour and later the WSOP, where she won a championship in both events.  The lady called the Iron Maiden is the only female poker player ever to bag a WSOP bracelet and a main event EPT title!

The three-time European Poker Female Poker Player of the Year has banked more than $3,85 million in live earnings.  Although she is still active on the pro circuit, she spends a lot of her time giving TED talks, hosting TV shows and playing cash games in London.

Did Liv Boeree play poker online?  Yes, she has been a key member of an online poker team for quite some time.  Is she one of the best online poker players ever?  You betcha!

Taipei born Maria Ho is a serious contender for the women’s title of best online poker player.  She racked up one WPT title plus 53 money finishes and four final tables at the WSOP.  She is also an inductee of Women in the Poker Hall of Fame.

The petite brunette is the most active player of all our top picks.  Along with live events in Macau, Spain, the Czech Republic, Monaco and South Africa, Maria likes to play poker online and on TV.

She is also a highly acclaimed TV host as the 2018 Global Poker Award for Broadcasters of the Year attests.  To date, Maria has won more than $3.9 million in live tournament earnings.

The hugely successful Chinese-American is currently ranked second on the GPI rankings after Kristen Bicknell.

Honourable mentions for the title of best online poker player in 2019 include Loni Harwood, Li Yan, Natalie Teh and Jessie Dawley.  With so many talented young ladies fighting it out at the tables who ever said poker was a man’s game is sorely mistaken.

Do you want to join the ranks of the best online poker players?  If you do, your first step is the easiest one – and that is registering a real money account at Everygame Poker!  Go on, sign up and show the world what the fairer sex can do at the flop!