3 of the Richest Poker Tournaments in the World 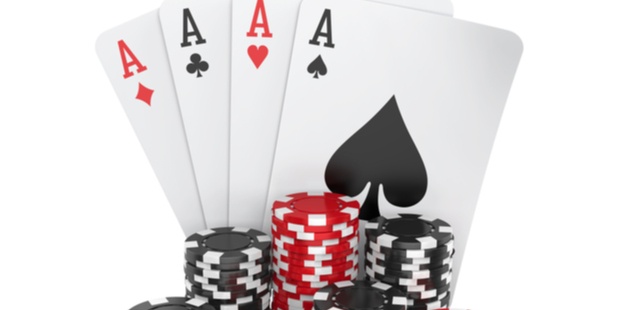 Spend enough time playing mobile poker and you too could be deep in the money.  These days poker is a multi million dollar business - for the players, the sponsors and the fellas who organise the legions of live and online poker tournaments worldwide.

Anybody and everybody who can afford the buy-in is welcome to ante up and go for the big bucks.  If you don’t have a spare $5k or $10k lying around there are always online poker satellites to give you a hand up to the heads-up.

The truth is you can take what you have learnt playing mobile poker right here at Everygame and join the ranks of the card playing underdogs who have outplayed the pros at their own game.

If you’ve got the bucks and the bottle to ease into live events, here are three poker tournaments that pay out eye popping cash prizes:

The world Series of Poker (WSOP) is the big daddy of the international tournament circuit.   It has spawned some of the richest single-win poker millionaires in history.

With 50 years of intense action credited to its name, the WSOP is the oldest and most prestigious live poker tournament on the planet.

It is where the big guns of poker come to play - giants like Doyle Brunson, Phil Helmuth, Johnny Chan and Amarillo Smith.

It is also where the official World Champion of Poker earns his crown at the Main Event - but instead of a crown, he is gifted a solid gold bracelet and a thick slice of the multi million dollar prize pool.

It all started in Las Vegas in 1970 when seven players were invited to fight it out in a single event.  In 2019 the flagship WSOP tournament in Las Vegas featured 90 events.

Some were high stakes affairs while others were online poker events.  Games varied from Texas Hold’em and Omaha Hi-Lo to H.O.R.S.E and Seven Card Stud Hi-Lo 8 or Better.

The showpiece?  The $10,000 No Limit Hold’em Main Event that attracted 8,569 players from across the world. The spoils?  The bracelet, the title and a $10 million cash prize!

If you want to turn your mobile poker sessions into solid gold it is time to start thinking about qualifying for WSOP 2020!

Founded in 2016 by a Malaysian businessman, the Triton Poker Series is the new kid on the block.  It is also a serious money-spinner for the players who end up winning the tourneys hosted at lavish locations all over the world - Manila, Macau, Montenegro and London.

It is a series that focuses on Super High Roller tournaments where buy-ins reach record highs.  What do we mean by record highs?

Well how’s about the mind blowing £1,050,000 players paid to enter the Triton Million event at the 2019 Super High Roller tournament in London?

To folk like you and I who get our fix from mobile poker, that sort of money is bound to elicit a few ‘yikes’ and ‘no ways’. To the poker pros it’s pocket change!

In this poker series it is clearly all about risk versus reward.  The guy who ended up winning the Triton Million banked £13,7 million in cash - that is more than $16,7 million in American money!

Of the £85 million total prize pool the £100k No Limit Hold Em Main Event delivered relatively meagre pickings in the form of a £2,5 million one-off payday.

Do you want some of that?  If you do your strategy going forward is easy.

Simply polish up your game plan right here at Everygame Poker - home to the best online poker and mobile poker platforms in cyberspace.  When and only when you are feeling cool, calm and at your invincible best it’s time to buy-in to the big time!

Remember; you will be up against guys like Bryn Kenney, Aaron Zang, Phil Ivey and John Juanda… so be sure to have your wits about you and your poker face on!

Down under in Australia it is not only about crocs, kangaroos and didgeridoos - there is a fair bit of money to be won playing Texas Hold Em poker.

This time the venue is the Crown Casino in Melbourne, the swanky host of the Crown Australian Poker Championships - better known as the Aussie Millions - since 1998.

Although the prizes and prize pools are relatively modest in comparison with the WSOP and Triton Poker Series they are well over a million bucks nonetheless.  In fact, the Aussie Millions is the richest poker tournament south of the equator.

Play for a Share of an $8 Million Play Prize Pool

In the 2019 edition 822 poker players from all over the globe bought in to the Main Event.  The prize pool was a respectable $8,22 million and the winner walked away with a cool $1,272 million stuffed in the pocket.

In the Aussie Millions, as with the Triton Poker Series, the Main Event isn’t where the big bucks lurk.  There is a $100k Challenge and a $250k Super High Roller Event, both of which pay out seriously large sums of cash.

If you want to go head to head with pros like Phil Ivey - three-time winner of the Super High Roller event which collectively dished up $8,2 million in Aussie bank notes - you can qualify via online and mobile poker satellites or you can head down to the Crown Casino in Melbourne and play your way into poker history.

In the meantime, you can finetune your game by playing mobile poker at Everygame!  It really is the most convenient way of winning the pot!