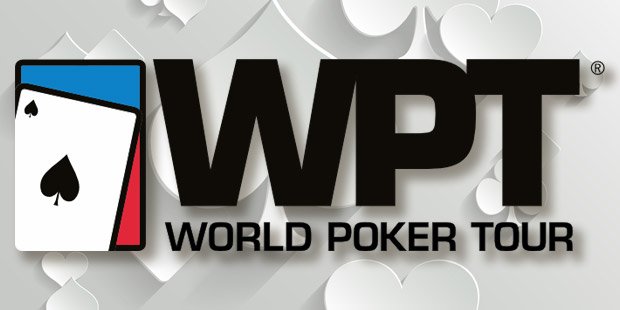 The World Poker Tour is a series of high-stakes poker tournaments that bring the world’s top poker players to venues around the world to compete for big cash prizes and the prestigious WPT Champions Cup.

The World Poker Tour was founded in 2002 and has been running strong ever since, with Season XVIII of the tour running from July 2019 through May 2020. The WPT Main Tour comprises around 20 tournaments each season, with tournaments taking place in Las Vegas and Atlantic City; in Florida, Maryland, California, and Oklahoma; and in the Caribbean Islands, Canada, England, Holland, Spain, Germany, Czech Republic, Russia, and China. (You can see why they call it the World Poker Tour.) Buy-Ins range from $3,300 to $15,000.

The WPT Champions Cup is an exquisitely designed trophy made of cast copper that is electroplated in brilliantly shining nickel. It sits upon a multi-tiered walnut base on which is engraved the name of every winner of a WPT Main Tour event. It stands about 3 feet tall and weighs about 30 pounds and is displayed prominently at every WPT event. It is the Holy Grail of the World Poker Tour.

In addition to having his name engraved on the WPT Champions Cup as a permanent record for posterity, each event winner is also awarded his own individual Cup, smaller of course, with his name and the name of the event engraved on it, which he may keep forever as a personal memento of his accomplishment.

The first name engraved on the WPT Champions Cup was Gus Hansen. The great Dane earned a place in poker history — along with a $556,640 prize — by winning first place in the first event of the first season of the World Poker Tour. Congratulations, Gus!

The American Darren Elias holds the record for most WPT titles with four. Close behind are Anthony Zinno, Chino Rheem, Carlos Mortensen, and Gus Hansen, with three apiece. The biggest cash prize in a WPT tournament was $3,970,415, won by Carlos Mortensen of Spain at the WPT Championship Tournament in Las Vegas, Nevada, on April 27, 2007.

The WPT Tournament of Champions

Each season of the World Poker Tour ends with a bang: the biggest and most prestigious tournament of the year. Originally dubbed the WPT Championship, it has been rebranded as the WPT Tournament of Champions. Alan Goehring of the United States won the first WPT Championship on April 18, 2003. Ole Schemion of Germany, who has also achieved success as an online poker champion, won the 2019 WPT Tournament of Champions. Congratulations to Alan, to Ole, and to all winners of this hugely important poker event.

The World Poker Tour and the World Series of Poker