The World Series of Poker: The Biggest and the Best 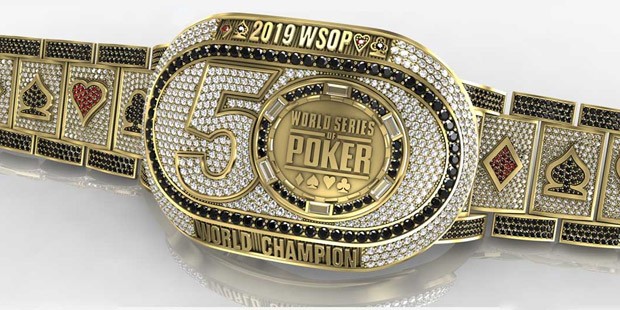 The World Series of Poker is a series of poker tournaments that takes place in Las Vegas every summer. It features the best poker players in the world playing in tournaments that feature a wide variety of poker variations and a wide range of buy-ins and prize pools. The winner of each tournament in the series receives a gold World Series of Poker bracelet, the most prestigious accessory in the whole wide world of poker.

Ninety Poker Tournaments in the Series

The World Series of Poker is huge.

After all, the bracelet proclaims loud and clear that its wearer is someone rare and special: a WSOP tournament winner. Phil Hellmuth is the owner of the most WSOP bracelets: 15 of them. Phil Ivey, Johnny Chan, and Doyle Brunson have won 10 apiece; Johnny Moss won 9.

Johnny Moss and Stu Ungar have each won three Main Event bracelets; Doyle Brunson and Johnny Chan have won two apiece. The 2019 Main Event, which featured 8,569 players, a prize pool of $80,548,600, and a first-place prize of $10,000,000, was won by Hossein Ensan, originally from Iran and now living in Germany. Congratulations, Hossein!

Online Poker Events at the WSOP

Keeping up with the realities of the modern world, in which so many people love to play poker online, the WSOP organizers have, in recent years, added online poker tournaments to the World Series of Poker schedule.

It was also interesting to see some of the world’s greats, including Phil Hellmuth, Daniel Negreanu, Phil Ivey, and Dario Sammartino, play poker online and win cashes at the 2019 World Series of Poker. It just goes to show how online poker has become totally integrated and respected in the highest echelons of the game. As, of course, it should be.