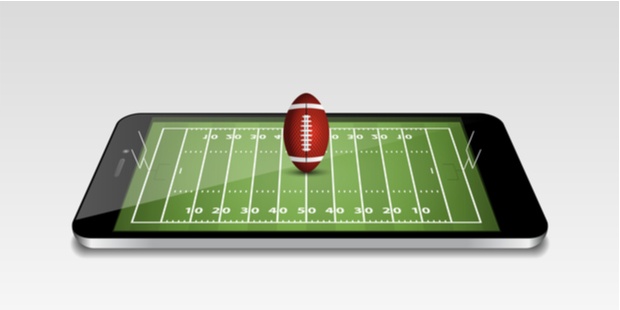 Las Vegas, Nevada, U.S.A., is well known as the Poker Capital of the world. It is, after all, the home of the World Series of Poker. It is also the home of many outstanding casinos with fine poker rooms and the home of thousands of poker-loving Las Vegans who play poker online whenever they are not playing poker in the casinos. But now, with the debut of the Las Vegas Raiders just around the corner, people are starting to appreciate Las Vegas as a professional sports town too.

They started out as the Oakland Raiders of the old American Football League. They hit their high points with victories in Super Bowl XI in 1976, Super Bowl XV in 1980, and Super Bowl XVIII in 1983. They moved to Los Angeles for a while, then back to Oakland, and now, as of an official renaming ceremony held on January 22, 2020, they are the Las Vegas Raiders of the National Football League. The brand new Las Vegas Raiders will be playing their home games in the brand new Allegiant Stadium, a $2-billion state-of-the-art arena scheduled for completion in July 2020.

From a sentimental point of view, it would have been lovely if the Raiders had been able to say goodbye to Oakland with their heads held high as champions, but it was not to be. They lost their last home game at the Oakland Coliseum by a score of 20 to 16 and they finished their last season as the Oakland Raiders with a record of 7 wins and 9 losses. Nevertheless, the team—and the entire city of Las Vegas—feels energized by what they see as a new beginning in a new venue with a brand new energy.

Some old-timers thought it was bizarre to place a professional ice hockey team in the hot desert climate of Las Vegas, but in the modern world, anything is possible. The Vegas Golden Knights started out as a National Hockey League expansion team in 2017, and they started with a bang.

In their very first season, the 2017-18 season, they finished in first place in the Pacific Division, they won their first-round and second-round playoff series, and they went on to win the Western Conference Finals before ultimately losing the Stanley Cup Finals to the Washington Capitals.

The Las Vegas Aces of the Women’s National Basketball Association are another recent transplant to Las Vegas. They started as the Utah Starzz, one of the original WNBA teams at the league’s founding in 1997; then they became the San Antonio Stars; and they moved to LV and became the Las Vegas Aces in 2018. In 2019—their second season in Las Vegas—the Aces posted a winning record of 21 wins against 13 losses and advanced to the semifinal round of the WNBA playoffs before succumbing to the Chicago Sky.

The Aces were led by three WNBA All Stars—Kayla McBride, A’ja Wilson, and Liz Cambage—and coached by the ever-flamboyant Bill Laimbeer, himself a former NBA All Star with the Detroit Pistons.

Okay, they are not exactly major league, but the Las Vegas Aviators of the Triple-A Pacific Coast League are still a lot of fun and add something special to the Las Vegas sporting scene.

2019 was an incredibly exciting year for the Aviators, a year in which they had a new name, having been previously known as the Las Vegas Stars and the Las Vegas 51s; a new major league affiliate in the Oakland Athletics; a new stadium in Las Vegas Ballpark; the league’s Manager of the Year in Fran Riordan; and best of all, a first-place finish with a record of 83 wins and 57 losses.

Of course it’s fun to play poker online, but occasionally it is necessary to take a break from online poker for important life activities like eating, sleeping, earning a living, and watching sports. With Las Vegas becoming a full-fledged sports city in just the last couple of years, it is now possible to put your life into proper balance.

And we haven’t even mentioned the incredible schedule of championship boxing matches that have made Las Vegas the undisputed boxing capital of the world and that are worthy of an article of their own. Enjoy the poker! Enjoy the sports! Enjoy your life!