Girl Power: The Involvement of Women in Online Poker 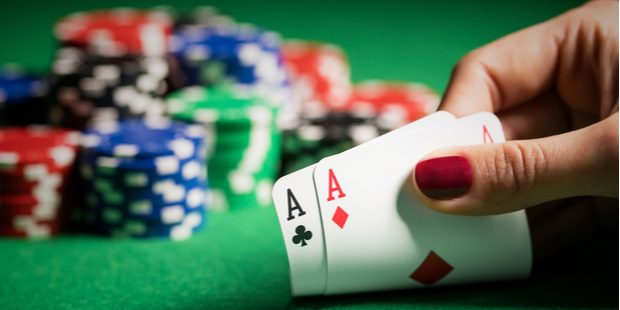 Once upon a time, online poker players were predominantly male. However, times are changing, and women are beginning to get more involved in online gambling, as they play poker online more than ever before.

According to statistics published by the UK Gambling Commission, 44% of women in the country admitted to having gambled at some point throughout their lives. But while there are more female gamblers, there is one important question that remains unanswered: do women have a substantial role in the online gambling industry? Are they taken seriously and can earn the respect of their male counterparts, or is there still discrimination in the online poker field?

It is time to put those matters to rest and find out once and for all: how are women treated in the online gambling community?

Women, Poker, and Everything in Between

While women now have more opportunities to place bets online, there seems to be something holding them back. In the UK, a survey discovered that a third of the female gamblers in the country are discouraged from playing poker because of men.

It was also discovered that 47% of the women who answered the survey perceive casinos as an intimidating place, and 45% preferred to play against friends only. When asked about the source of those feelings, 32% answered that their gender affects their motivation to play. In addition to that, 45% said that when visiting land-based casinos, playing against men proves to be intimidating.

Taking a closer look at the World Series of Poker can also shed some light on the situation. In 2019, out of 8,569 participants, there were only 350 women. According to Chris Moneymaker, a veteran poker pro, it’s not a lack of talent that causes this inequality in numbers.

In fact, he believes that female poker pros are often better at the game than men, and yet – they rarely win major tournaments that accept both male and female players. This perplexing situation can be explained by the fact that women don’t always feel comfortable being surrounded mainly by male players, which can affect their ability to play.

That is why some female pros prefer to join all-women events, so they will be able to focus on their poker skills instead of worrying about their surroundings.

But Where do those Feelings Come From?

While there are still some old-school poker players who see women as the weaker link, most poker players have managed to put those chauvinistic and prejudiced notions behind them. That means that the men are not the main issue - the problem lies with the way women see themselves and their ability to win.

All in all, it seems that while female poker players have the ability to share their skill at online and offline venues, their perception of the game prevents them from doing so.

While women now have more opportunities to gamble to their heart’s content, numbers show that something still holds them back from taking over the industry. There is an undeniable need to encourage women to believe in their abilities and compete against male players without fear.