What are the Major Elements of a Healthy Mindset for Poker Players? 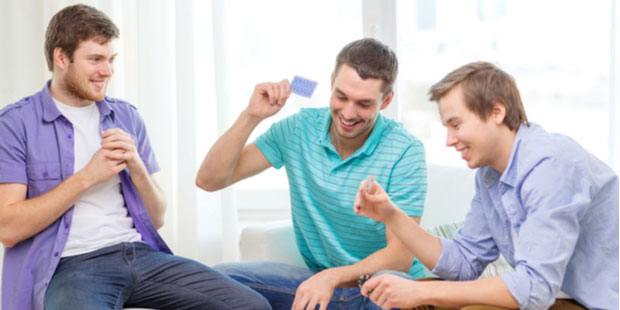 There is a popular misconception about some sports and games: the sports and games that don’t require giant muscles and massive bodies are not physically exacting.  Poker is one such game as are chess, bowling, golf, and several others.

The truth is that poker is a very demanding game both mentally and physically.  When you play poker online, you need to cultivate a sound body and a sound mind.

In fact, the one feeds and supports the other.  In this article, we will talk about ways to cultivate and maintain the sound mind you will need to excel when you play poker online.

It is Possible to Be Too Critical of Yourself

Phil Helmuth often avoids damaging self-recrimination by going way over the line in criticizing his opponents.  If Helmuth gets beaten by a rank amateur, someone who probably just got lucky as he or she played the hand wrong, Helmuth might rail into the person calling him all manner of stupid and much worse.

Play Up or Down to Your Opponents

One of the mistakes some very skilled poker players make is that they don’t know how to tone down their game, from analysis to betting, when a far weaker and less experienced player sits down at the table.

The opposite side to the Helmuthian rants is self-recrimination to the point of being damaging.  If you make a poor analysis of the course of a hand and get beat for a tidy sum, there are basically two options you have that are healthy and a world of options, that we won’t even mention, that are gravely unhealthy.

The healthy options are to study more and practice more or to recognize that your skill level doesn’t warrant playing in the games you have been entering and that you should be playing against a different set of players.

The Mental and Physical Sides of Poker are Complementary

In poker, we often think about the mental side and the physical side as being two separate sides to a player’s game.  The truth is that they are so intertwined that the yin and yang symbol may be the best way to describe these two aspects of poker.

If you sleep soundly and for the right number of hours, you will feel much better and your mental state—which includes all aspects of the mental side of the game from emotions to simple joy in playing—will be in top form.    We all know how the mental and the physical are intertwined in our daily lives.  If we aren’t feeling well, even the YouTube clips of great stand-up comedians can’t make us laugh.

It is of the utmost importance—especially for players who grew up and reached maturity in Western society—to constantly remind yourself that the mental and the physical sides are the same!  This is so hard for westerners to grasp and equally so important!

Self-confidence is not Arrogance

Here we will talk about how healthy self-confidence is almost the diametric opposite of arrogance and how arrogance is often manifested in attempts to physically intimidate opponents.

Daniel Negreanu is possibly the most self-confident poker player around.  Yet he has won fewer belts than many others.  He understands at a level far beyond that of most players that even the best analysis may fail because there is also a lot of luck involved.

Conversely, having excellent luck may not win the ultimate prize because analysis is so difficult to do.  By having the self-confidence to stay even keeled, to enjoy the game for its own sake, and to be happy with his own achievements, Negreanu is mentally and physically in fantastic shape for both poker and for simple living.

Some poker players take a very different approach to the game.  If an opponent blunders into a good win against an arrogant player, he or she might not stop hearing about it for a very long time.  The arrogant player simply doesn’t have the tools to accept the course of events as they unfold.  These players are ultimately the least self-confident of the players at the table.

Poker is not a Life or Death Proposition

Every so often we read about an athlete in a team game who made a mistake that cost his team a big game.  Some players never recover from such a devastating mistake.

Poker is not a team game so when a player suffers a very devastating loss, there is no one to “blame” but himself, his opponent, or dumb luck.  It is always better to blame dumb luck and move on.

Poker should never become a life or death activity.  There is so much luck involved even when the player makes a perfect analysis of the situation.  Some bad beats are simply meant to happen.  The poker player who can take a bad beat in stride, who doesn’t lose control of his emotions, who doesn’t berate himself, and who doesn’t call the winning opponent an idiot will survive emotionally far better and far longer than the player who does not hold it together.

At its Best Poker is Just a Game

At very high stakes, poker players tend to take on a different attitude than if they were playing for lower stakes.  If your enjoyment of the game and the competition begin to decrease to the extent that you can’t say that you love the game anymore, then you are either playing for excessively high stakes or you are desperately in need of a different game.

There are a lot of games that are not gambling games that are also amazingly fun to play.  Every year, magazines or online sites that specialize in reviewing new games and introducing them to the general public, award one game the title of Game of the Year.

None of these games are gambling games.  They are so much fun to play that families and friends can spend hours playing them of a weekend evening with nary a thought for how to handle a poker situation before the flop!  The fact that non-gambling games are a lot of fun to play does not means that plyers are not competitive.

Friendly competition is fine.  When the competition gets to be rancorous and when the winner cannot be magnanimous and the loser can’t shrug it off and smile, then even a non-gambling game might not be the best way to spend time together.

When poker is no longer a game to a player, it might very well mean that the player needs to find a better way to spend his or her time.

Staying Mentally Stable is More Important than Winning Any Title

Let’s leave it at that.  Competition is healthy until it ceases to be healthy.  Poker should be fun above all else.  We can’t control the essential luck involved in any hand of poker.  And, finally, we should never call an opponent an idiot even if he wins a hand by making foolish decisions that made no sense.  Let's keep it friendly.