How Can Limping in Be a Strong Strategy Decision? 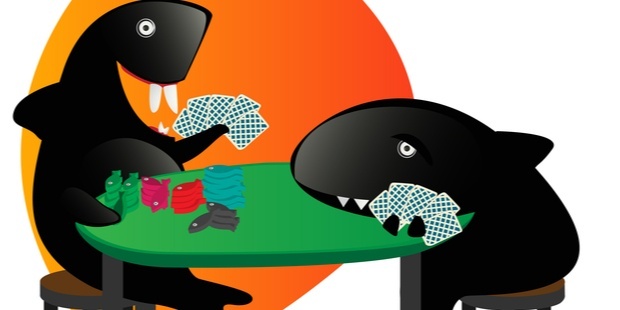 When you play online poker, you might join in on the chat side of games.  The best online poker should be a healthy combination of competition and anonymous camaraderie.  Unfortunately, poker players also like to demean other players.  Maybe it’s just human nature.

How to Crush Limpers

A quick online search of limping in poker reveals a wealth of sites, articles, and general information on the subject of how to crush limpers.  In other words, there is little to no literature on how to graduate out of the limper category.

This is very unfortunate since almost every poker player began as a limper.  The exceptions to this very general rule are those players who memorize endless charts and never actually limp in a hand.

How to Make the Most Out of Being a Limper

In this article, we will turn the tables on all of those poker players who look down on limpers and we’ll show how limping in a hand might be a good thing.  In fact, limping is often a good thing and the appearance of limping is a powerful tactic to throw off an opponent.

The strictest meaning of the term “to limp” means to call the big blind preflop from early position rather than to try to win the hand outright with a preflop raise in early position.  The preflop raise puts some pressure on the big blind as he or she has to put even more money in the pot than they have already put in and they might very well fold a bad hand rather than risk losing more money.

Don’t throw good money after bad is very sound advice and applies perfectly to the big blind who folds in the face of a preflop raise.

It makes perfect sense to fold a poor hand in early position.  You don’t risk any money; you conserve your bankroll for the inevitable big pot or power bluff down the road; it allows you to observe and learn at no cost; it supports the sound thinking that “there is always another hand”.

So, betting in early position is a function of common sense; the freedom to look, listen, and learn; the need to conserve and preserve your bankroll; and it keeps you rooted in reality.  All of these thoughts are good and sound.  Still, anyone who always folds a poor hand in early position is telegraphing that they have a good hand if they bet from that position.

As much as limping is considered the worst possible poker bet, it can’t be that bad!  In fact, limping can be a powerful tool if you have the bankroll to lose some bets and if you feel that the opponents are ripe to be fooled into thinking that you are playing stupidly when in fact you are playing smart.

A limp might involve calling with a strong but not massively strong hand in early position.  Good players would expect another good payer to raise in early position with a good hand so the limping bet makes the hand look much worse than it really is.

So, a lot of arrogant self-aggrandizing players will think of a limper as a chump that they can take for a ride.  The really astute inexperienced player can turn the tables on such arrogant self-absorbed players.  This is what has happened more than a few times to Phil Helmuth who hates nothing more than a bad baet by an out-of-position neophyte player.

There are a slew of forums online for any subject under the sun including how to play as a newbie who wants to enter hands but doesn’t want to be seen as a chump.  There is a lot of good advice on these forums.  You don’t have to accept anything anyone says but you should be able to separate the wheat from the chaff as far as good advice is concerned.

Here are two of the things we learned in a quick search for information for this article.

What Does Knowing the Rules Mean?

This means everything on the technical side you need to know.  Who bets first on every street?  How often do the blinds change?  How much time do you have to make a decision?  What side bets are allowed in the game?

It is very important to know the value of the blinds because it will determine whether you can stay in the game.   Money management is a combination of smart betting and having enough money to belong in that game.

Why Should We Learn the Mathematics of Poker?

We are not talking about a doctoral study of the math of poker.  We are talking about the basics.  The nomenclature of poker math is one side of it and the actual math is another side of it.

It is probably true that some players rely too heavily on the mathematical side.  Intuition has a place in poker!  But intuition has to be combined with logic and common sense.  One of the things that have become popular especially among new poker players is memorizing charts.  This is probably far more detrimental to a player’s poker development than not even knowing of the existence of the charts in the first place.

Practice Can Never Be Underestimated

When we watch poker on YouTube, we see the cards.  That takes all of the growth for ourselves out of the experience.  Watching poker on YouTube is still wildly entertaining but it is not a learning experience.  It’s like watching Michael Jordan and expecting to get on the basketball court and be like Mike.

Another element that is lacking in YouTube poker is the large number of hands on which good players fold.  The gist of this article has been that limping in a hand is sometimes a strong tactic.  For the purposes of players who seriously want to learn about positional betting and the many other nuances of poker, paying very close attention especially to hands in which a strong player has limped in can be a very important teaching moment.

The last word we would like to say is that every bet can be a good bet or a poor bet.  Toeing a pedantic line about certain types of bets—in this case, the limp-in bet—makes no sense in a game like poker where deception is so important.

Use every bet in every position as a tool in deceiving opponents and getting them to fold better hands or staying in a hand with far worse cards than you have.