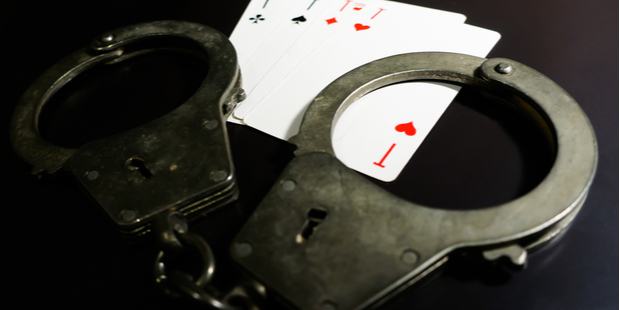 In the past few months, multiple scandals plagued the poker online community. And while the news was shocking, people weren’t surprised, as it’s not the first time something like this has happened.

Over the years, there have been many reports of cheating scandals in the gambling industry. Some of them stayed under the radar, while others got the attention of the public. So, in light of recent events, it’s time to review some of the biggest offline and online poker scandals in recent history.

One of the most outrageous online poker scandals took place in 2008. It turned out that Russ Hamilton, a former WSOP champion, has been cheating players out of millions of dollars.

Hamilton was a consultant for an online gambling venue, which granted him access to private information. Apparently, he could see the hole cards of other players, which he used to win more than $22m.

The Kahnawake Gaming Commission discovered his involvement in the cheating scandal, and the poker pro didn’t deny the allegations. But while the casino had to pay the players back, Hamilton himself had no intentions of doing the same.

Secret signals, specific body language, and a notorious plan – that’s how poker schemes are often portrayed in the movies. But that kind of stuff happens in real life as well! Back in 2009, Jean-Paul Pasqualini and Cedric Rossi participated in a live poker tournament together.

The two decided to team up, which helped them snag some major prizes. Pasqualini, who won first place, got about €1m, while Rossi left the table with 600k.

But while they managed to deceive most of the tournament’s participants, one player wasn’t fooled. Nordine Bouya created a video compilation that showed exactly how the two cheated, which resulted in a Global Poker Index suspension a few years later.

Nowadays, online casinos know how to deal with players who try to outsmart the system by opening multiple accounts. But back in 2006, it wasn’t as common. That is why the industry was shocked to learn about the actions of Josh Field.

Field joined an online tournament via two accounts, JJprodigy and Ablackcar, which helped him win the event. But while Field managed to trick the system, he bragged about his actions, which subsequently got him into trouble. The casino launched an investigation, froze the player’s accounts, and confiscated over $180,000.

Since that incident, Field was involved in numerous other cheating scandals, which is why he was banned from most gambling venues.

Unfortunately, cheating is not uncommon when it comes to real-money games. And now, recent events have reminded us that people can get crafty when they want to win at all costs.

So when you place real money bets, keep your eyes open, and report any suspicious activity!