The Mobile Poker Guide to Dealing with Missed Flops 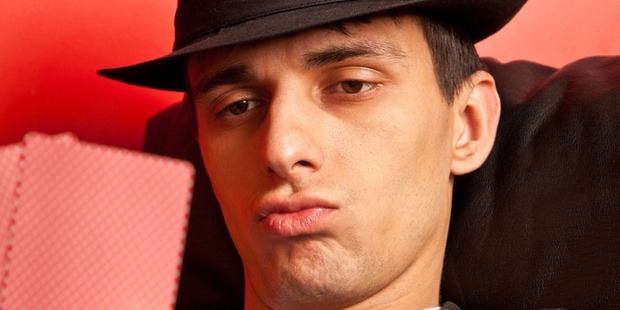 Hope is an inseparable part of playing mobile poker. When the flop comes around, we all wish for the community cards to help us create a winning combination. But alas, that is rarely the case.

Statistically speaking, you have a 2/3 chance of missing the flop (which means the flop doesn't reveal cards that improve the value of your hand). Once the first community cards are revealed and they aren't what you expected, you need to decide what to do. Should you fold? Keep playing aggressively? Or maybe calling and waiting for the turn and river is the right move?

In this Everygame poker guide, we will address a few common scenarios and how you should deal with them. Stay tuned and learn more about developing a strategy after a missed flop!

Yes, even when you miss the flop, you can still hold on to the hope of getting a strong hand. Let's take a look at the following example: if you are holding an ♣A and ♣K and the flop reveals a ♦10, ♦J, and ♣5 – you still have a decent chance of getting a winning hand.

Those community cards have the potential to help you get a flush, a straight, or at least a strong pair. Either way, the potential of getting a strong hand is there, so you need to act accordingly. There is no reason for you to fold just yet, but you should also refrain from overvaluing your hand's potential.

So instead of playing aggressively, as if you're already in possession of an unstoppable combo, you should check in this situation. Test the grounds and see whether your opponents are feeling highly confident with their own hands, and possibly raise later in the game.

In some cases, you will encounter a flop that has equal chances of being a great success and a major…well, flop. Let's stick to the pre-flop hand containing an ♣A and ♣K. If the first community cards revealed are ♥Q, ♠4, ♦7 – you still have a chance of getting a flush or a strong pair. However, your opponents have an equal chance of getting the upper hand.

If your opponents raise, they probably have stronger cards, so if you want to stay in the game, your best solution is to bluff. You can try to convince your competition that you have a decent hand, but if that doesn't work and they keep raising – you should consider folding.

Yes, even when you have strong cards there is no guarantee you will win. So, when you have ♣A and ♣K, you can still hope to get a superb hand that will beat all others. However, if the flop reveals a ♥5, ♥6, and ♥7, your chances of getting a strong hand are slim. You might still have a chance of bluffing your way to the top, but your opponents probably have a better hand, and the best course of action is to fold.

Extra Tips on How to Deal with a Missed Flop

Yes, sometimes the flop doesn't reveal the cards you were hoping for, but that's not the end of the world! As long as you know what to do, you can still win some cash, or at least protect your hard-earned money.