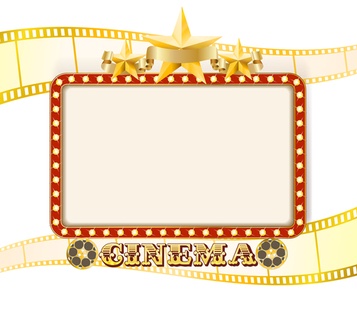 As a game that’s suave, sophisticated, timeless and downright fascinating, it goes without saying that poker has been the theme of many cinematic masterpieces.  Of course, these films have done much to add to the popularity of online poker!  We take a look at some of the top-rated movies on IMDB where poker comes into play.

The Sting is an absolute classic and to this day it maintains one of the top spots on IMDB movies about poker.  Set in September 1936, you won’t see many modern online poker techniques or strategies – but it does give you an exhilarating glimpse into the other aspect of gambling – cheating!

The story follows two professional grifters – Henry Gondorff, played by Paul Newman and Doyle Lonnegan, portrayed by Robert Shaw.  Robert Redford takes up the role of Johnny Hooker, who acts as Newman’s sidekick.  This movie is not about using strategy to win – but rather about who can outcheat who!

The movie is based on real-life Chicago con men, Fred and Charley Gondorff, whose shenanigans were documented in the book “The Big Con: The Story of the Confidence Man” by David Maurer.  With 10 Oscar nominations and a whopping 7 wins at the 46th Academy Awards, the accolades speak for themselves!

The film’s success stretches beyond the huge achievements at the Academy Awards – it was also (more recently, in 2005) chosen to be interred in the U.S. National Film Registry of the Library of Congress for being "culturally, historically, or aesthetically significant."

It all begins with a botched card game, which leads to a series of unexpected events.  Eddy convinces his three friends to put all their cash in one pot to go all-in on a high-stakes poker game against Hatchet Harry, a local but powerful crime lord, played by P.H. Moriarty.  Of course, things go south when Harry cheats and Eddy loses.

This results in Harry giving Eddy one week to pay back £500,000 – or he needs to relinquish ownership of the pub belonging to his father, JD, played by singer-songwriter, Sting.  In a desperate attempt to settle his debts, Eddy and his friends wait for a small-time gang – who happen to be their neighbours – to rob some drug dealers, with the intention to rob them afterwards.

In the wild ensuing events, the friends (all way in over their heads), debt collectors, loan sharks, gangsters and thugs collide – all in pursuit of the money, weed and two antique shotguns.

Although the movie doesn’t follow the poker theme throughout, it is that one rigged game that sets everything else in motion and it remains an integral part of the plot.  It also captures the essence of the game, which is, essentially, whichever party outsmarts the other – gets to walk away with the riches!

Daniel Graig takes on a role that has become synonymous with all that represents danger, sophistication and sex appeal, in his first appearance as James Bond.  As his first mission as 007, Agent James Bond must outwit and outsmart a private banker of one of the world’s largest terrorist organisations – all in a high-stakes game of poker at Casino Royale, Montenegro.

All is not as it appears though… Armed with a license to thrill – and kill – British Secret Service agent Bond heads off to Madagascar.  This is where he uncovers the connection to Le Chiffre, played by Mads Mikkelsen (who portrayed Hannibal in the hit NBC series), as a man who funds terrorist organisations.

After gaining info that Le Chiffre intends to raise funds in an elite high-stakes poker game, the latest “00” operative is sent in by MI6 to go head-to-head with the villain, in an attempt to topple his organization.

The movie is action-packed and a lot of fun to watch.  If you’re a poker enthusiast, don’t get too deep into how the movie portrayed actual poker playing (some might argue that it doesn’t emulate the real deal).  Simply kick back and enjoy the cinematic experience that truly offers a riveting thrill!

Behind every powerful woman, is… well, herself!  This exhilarating piece of cinema showcases the true power that the female of the specie beholds.  This not-to-be-missed movie marvel follows the true story of Molly Bloom, a former Olympic skier, who ran one of the world’s most exclusive high-stakes underground poker rings for a decade before her arrest by 17 FBI agents at her home during the night.

During her reign, she hosted Hollywood royalty, international sports stars, famous business tycoons and unbeknownst to her, the Russian mob.  At her defence was Charlie Jaffey, a criminal defence attorney – and her only ally – who quickly came to learn that there was much more to Molly than what the media portrayed.  A “must-see!”

Mike goes to law school and keeps his promise for two years until his friend, Lester “Worm” Murphy, portrayed by Edward Norton, gets out of prison and turns to Mike for help to settle a debt with loan sharks.  As a result, the young, reformed gambler gets drawn back into the high-stakes underground poker scene of New York.

The duo come close to winning the money back but in an unfortunate twist, they’re caught cheating… Mike also learns that the debt is owed to Teddy, his former rival, and he decides to make a last-ditch effort to beat the Russian.  Rounders is an exhilarating rollercoaster ride worth every minute of your time!

What About Online Poker in Film?

Well, that’s been done too… Runner Runner is a 2013 crime/thriller film directed by Brad Furman, with an IMDB Rating of just 5.6, staring Ben Affleck, Justin Timberlake and Gemma Arterton.  Although the movie saw average returns, the critics were very critical – and it didn’t quite make the cut in terms of ratings.

Richie Furst, portrayed by Justin Timberlake, is a Princeton grad student who finds himself in financial troubles and unable to afford his tuition.  He decides to play poker online in a bid to win enough money to continue his studies.  Unfortunately, his game goes bust but he realises that foul play was involved…  Richie decides to jet off to Costa Rica to confront Ivan Block, played by Ben Affleck, the owner of the online casino.

The film has a decent plot, although it is an unrealistic portrayal of online poker and online gambling in general – and you’ll find it especially annoying if you know a thing or two about current online casino security!  Better acting performances might have pushed the rating up a tad too (sorry, Justin).

For an authentic experience, head over to Everygame Poker where you can play poker online safely and securely with a variety of games to choose from!