Poker Positions 101: How They Can Affect Your Stay at the Best Poker Sites 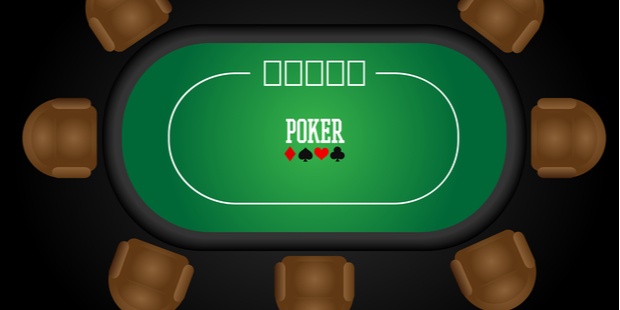 In the past, we've talked about which strategy you should employ when you're in an early position, the blinds, and other scenarios. But before you can even think about using all those tips to your advantage, you have to understand the lingo first.

What are the different positions in poker? And how can they affect you as you play at the best poker sites? Now is your chance to go back to the basics and try to understand how the game works.

All You Need to Know About Poker Positions

Your place at the poker table will affect your strategy and poker play at two separate stages: pre-flop and post-flop.

In some games, there are only 6 players allowed, while in other poker variations– you will encounter a full ring with 9 participants. The type of game you play will affect some of the players at the table, as we will discuss soon.

Some positions are considered as 'out of position', as the player must act before the majority of his opponents. When you're 'in position' that means that you get to make your move after most players.

So, what do we call each position, and how can it affect your game? Let's find out.

Players in an early position are the ones to play first after the flop. Three positions fit this category.

Location: Directly to the left of the button.

Pre-flop: At the very beginning of the game, the player in this position must pay a mandatory sum worth half of the big blind. At this stage of the game, you will get to act second to last.

Post-flop: You will be out of position and won't have any information regarding the other players.

What that means: This position is rather tricky, as it puts you at a disadvantage after the flop. You won't know what your opponents might do, so you're essentially going into this round blind. Many pros prefer not to take a risk at this stage, and if they don't have winning cards, they often choose to fold.

Location: To the left of the small blind, two seats down from the button.

Pre-flop: The big blind gets to act last at this stage, after placing a mandatory bet.

Post-flop: Like the small blind, it is out of position, as you are the second in line to make your move after the flop.

What that means: This position also puts you at a rather unfortunate disadvantage, and you're more likely to lose money when you're the big blind.

Under the Gun (UTG)

Location: To the left of the big blind.

Pre-flop: You will be the first to act in this part of the game. You will not be required to pay up in advance.

Post-flop: You will be the third to play.

What that means: While you can fold and get out of the game without losing money pre-flop, this position is still problematic at the post-flop stage. You will only have information about the players in SB and BB, so you will have to proceed carefully.

In a 6-max game, there is one middle position, but in a full ring, three seats fit into this category.

In a 6-players game, the player two seats to the right of the button are called middle position (MP), which is right next to the UTG.

However, when more players are involved, the middle position is called Hijack (HJ), the seat to the left of it is called a Lojack (LJ) instead of UTG, and the seat between LJ and early position players is called MP1.

What that means: Players at those positions find themselves in the middle of the pack. You still won't have all the information about the other players, but you will get a general idea of where the game is going. Those in MP, MP1, AND LJ positions still have to be careful. However, those in the HJ position can make bolder moves, as they have more information at their disposal.

There are two positions included in this category.

Location: To the right of the button.

Pre-flop: Players in this position get to act fourth to last, without placing mandatory bets.

Post-flop: At this stage of the game, players in CO get to act second to last.

What that means: This is a highly coveted position at the poker table, which can be outshined only by the button. As you will get to make your move after almost everyone else has tipped their hands, you can make calculated choices and rely on knowledge instead of luck.

Location: To the right of the SB. The button position moves clockwise around the table after each round, changing the player's positions with it constantly.

Pre-flop: If you're at the button, you'll get to act third to last, with only the SB and BB acting afterward.

Post-flop: Those in the button position are the last to make a move after the community cards are revealed.

What that means: The button position is the most lucrative one, as it allows you to make decisions with maximum information and minimum risk.

Now that you know all about positioning in poker, start developing your strategy accordingly!