Just Your Luck: What Connects Flush Poker and Your Zodiac Sign 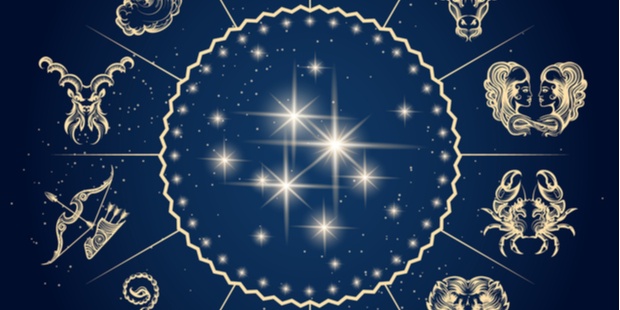 Many things can influence your poker play: political changes, the weather, and even the positions of the stars. That's right - many people believe that astrology can tell us a lot about a person – and his ability to play poker online.

According to astrology, your date of birth and the position of stars and constellations at the time will affect you at different stages throughout your life. It might have some influence on your personality and how you react in stressful situations, which can indirectly affect your ability to win cash with flush poker combinations.

So, if you believe that your future is written in the stars, learning more about the zodiac signs and their influence might be of use to you. If you know how astrology might affect your personality, you will be able to devise a poker strategy that will suit your character to a T.

Zodiac Signs and What They Mean

Effect on Poker: Poker players who are influenced by this zodiac sign are often aggressive players who aren't scared of experimenting. Their strong suit is in mixing and switching playing styles, even though they find it hard to obey the rules. So, if you're an Aquarius, try to rein in your habit of coloring outside the lines, as an erratic betting pattern can lead to serious losses. However, you should try to diversify your play to keep your opponents from figuring you out.

Effect on Poker: Pisces often have the ability to keep their temper in check, which allows them to make calm and calculated decisions at the poker table. In addition to that, they are highly intuitive and emotional, and they put everything on the line when they play. However, the fact that there are so emotionally involved can also lead to bitter disappointments when things don't go their way. If you were born under this sign, you should take a step back when you feel the game affects your mood and mental state and try to focus on the task at hand.

Effect on Poker: Aries often turn out to be optimistic and unrelenting poker players, and they often have a tight-aggressive strategy (TAG). They know how to react in different situations without losing their calm, but they can also find themselves making rash decisions that aren't entirely logical. If you're an Aries, make sure to stop and think before you make an important decision – especially in high-stake games.

Effect on Poker: Those players are ready to face challenges head-on, but they need some peace and quiet to succeed. Since Taurus is often patient, they tend to play loose-passive tactics and refuse to quit at the right moment. So, if this constellation affects you, make sure that you're not risking all your money when the situation is not in your favor.

Effect on Poker: Those born under the influence of this constellation often mix math with instincts when playing poker. While they rely on their gut feeling and can make somewhat rash choices, they also think things through. If you're a Gemini, make sure to find the balance between thinking and overthinking every step.

Effect on Poker:  Often adopting a tight-aggressive approach, Cancer poker players often find themselves chasing the big bucks. If this is your zodiac sign, make sure that you make calculated choices at all times, and don't bite more than you can chew.

Effect on Poker:  While Leo poker pros know exactly what they are doing, their excitement can often make them make impulsive choices. Make sure that your play isn't affected by your pride as you play poker.

Effect on Poker:  Very careful in their choices, Virgo players prefer to rely on their knowledge instead of luck or intuition. They are good at analyzing the situation, but they also tend to overthink their moves. So, if you're a Virgo, trust your instincts more often and diversify your play from time to time.

Effect on Poker: Libra players are often quite balanced, and they know how to read the situation and adjust accordingly. However, from time to time, they might find themselves hesitating too much – or not enough. If you're a Libra, make sure that you know when to fold before you lose too much.

Effect on Poker:  Often playing loosely and aggressively, Scorpio players are ready to fight hard when it comes to poker. They are good at reading their opponents, but they can also misjudge them. Scorpio players should trust their instincts but know when to quit at the same time.

Effect on Poker:  Often curious and adventurous, those born under this zodiac sign are prone to changing betting tactics. If you often find yourself trying different playing strategies, make sure that you don't apply the wrong approach at the wrong time.

Effect on Poker: Players under this zodiac sign rarely make rash decisions, which means they are rather tight players. Don't let your fears rule your game and try to be a bit more adventurous.

Do you believe that your birthday can affect the way you play? If so, make sure to change your poker play to suit your preferences!