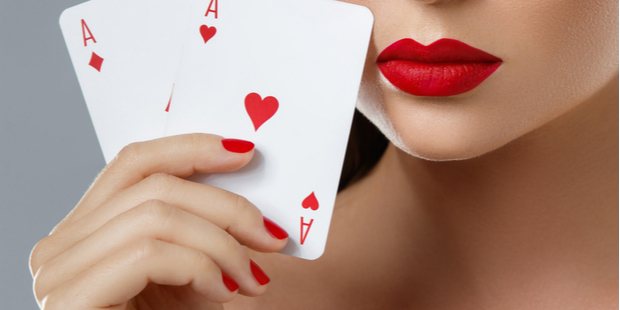 For many years, the online poker industry was mostly male dominated. All poker ambassadors, coaches, and renowned pros were men.

However, slowly but surely, female players are making a name for themselves in the field. Time and time again, they prove that gender has no effect on your ability to play and master the game.

And Kristen Bicknell is one of those poker pros! Interestingly enough, in recent years, she managed to get some major accomplishments under her belt. Who is Bicknell? What does she have to say about women in poker? Find out the answers to those questions NOW!

Bicknell was born in Ontario, Canada, back in 1986. Like many poker pros, she took an interest in poker while in college. In 2006, Bicknell joined the online poker circuit, playing in some of the top gambling venues under the nicknames 'krissyb24' and 'krissy24'.

The first thing that sets this poker pro apart from other players is her dedication and willingness to practice as much as it takes to win big. According to estimations, Bicknell played approximately 2.5 million hands every year in 2011, 2012, and 2013.

Throughout her career, Kristen Bicknell participated both in live and digital events. She won three WSOP bracelets: two of them while playing live, in 2013 and 2016, and another bracelet in a 2020 WSOP tournament which took place online.

She also had 33 WSOP money finishes, 5 additional cash-yielding finishes in World Poker Tour games, and 4 more while participating in the European Poker Tour. By the beginning of 2021, Bicknell's live earnings stood at $5,188,968, and she earned more than $6,000,000 while playing online.

At this moment in time, Bicknell is ranked 21st on the Global Poker Index. But what is even more impressive is that she is ranked as the number one female poker pro in the world – with 1,662.55 points – which is rather impressive.

Bicknell on Women's Involvement in Poker

Over the past few months, multiple poker pros took part in a serious debate about misogyny in poker. Another female pro, Vanessa Kade, sparked the debate after accusing Dan Bilzerian of being misogynistic, stating that he shouldn't represent any poker sites. In turn, Bilzerian responded with some inappropriate posts on social media, which led other pros to join the discussion as well.

That is when Kristen chose to speak her mind on the subject. In a series of tweets, she shared with the world how she sees gender inequality in the poker community. While she acknowledged that it does exist, and in the past, she had to deal with people telling her she didn't belong at the poker table – that doesn't happen all the time. According to her philosophy, players shouldn't focus on the negative – as it can be counterproductive, and it can create the wrong impression about the poker community as a whole. On March 26, 2021, she said:"…But, the truth is, there has been vastly more positive than negative".

Bicknell also thought it was important to remind everyone that female players are not the only ones who get underestimated at the poker tables, as male players also have similar experiences.

Kristen Bicknell is one of the most successful poker pros out there. Apart from dominating the poker tables at multiple poker events, her self-confidence turned her into an authoritative figure everyone looks up to.

If things keep going her way, Bicknell might be on the right track to becoming the next woman to be inducted into the Poker Hall of Fame. Well, we have to wait for her to turn 40 to be able to join this exclusive club, but we can wait! Will you vote for her when the time comes?